I am a fan of Tommy Greenwald's first book, Charlie Joe Jackson's Guide to Not Reading, so I entered a contest last fall to try to win a copy of his (then) most recent book, The Real Us. As you can see, I did.  Us is not as funny as Charlie Joe Jackson, but it's not supposed to be. In an interview last year, Greenwald said that as he developed the idea for The Real Us, "I realized this could be my first story that goes a little deeper into the issues and emotions that middle-schoolers face."  The book deals with an intriguing situation, a bad week in the life of a girl leader of a clique.

Calista is a particularly pretty girl who, because of her beauty, has moved away from the friend and athletic pursuits of her younger years. There's an interesting twist here because shes not the stereotypical mean girl who sucks others into her power field. It's more as if she's the one who is sucked away from her past. And it's all because of something she has little control over. Her looks. She's marked by her appearance.

And then she gets a pimple. And within days, she's got a rash. This means she's no longer the prettiest girl in school. She loses her chair at the cafeteria table! Those lame girl hangerons stop hanging on!

This story is told from three points of view, Calista's, a boy's with a health problem you don't see every day, and one of Calista's friends. Calista was the focus of interest for me. 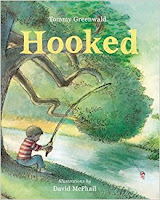 There's an identity thing going on here. Who am I if I'm not pretty? That's a very legitimate and interesting theme for child readers who are  determining who they are going to be.

FTC Transparency Info: I won this book, as mentioned before, and am  acquainted with the author through Facebook and NESCBWI.