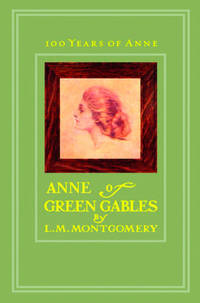 So here's the deal on Anne of Green Gables, in my humble opinion:

Anne Shirley is terrific. As soon as she appears on the scene--around Chapter 4, I believe--she packs a wallop. She's a really strong character. She's a chatterbox and melodramatic and fanciful. And then she grows up and becomes a conforming young woman who sacrifices her education to do the right thing. I brought Anne up with the professorial- and librarian-types at Child_Lit and the feeling there seemed to be that this kind of conforming to expectations ending was common in books of the period.

I wonder if Anne of Green Gables would find a publisher today. Not because of the conformity. Plenty of today's books are conforming, they just conform to something different. No, I wonder if it would be published today because my understanding of kidlit is that the publishing world likes a strong plot rather than strong characters. The only plot in Anne of Green Gables is that Anne grows up. I also don't think the lengthy descriptions would go over well with the publishing world. I'm not saying kids wouldn't like them. I've asked around and kids seem to still be reading Anne, so it doesn't bother them. But I think it bothers the adults who make publishing decisions.

I forgot to mention in my earlier post that there is an L.M. Montgomery Institute at the University of Prince Edward Island (or UPEI, to those of us in the know)where you can find out all kinds of stuff about Lucy Maude Montgomery, Anne's creator. I also just learned today about the Kindred Spirits listserv where you can go to talk about Anne and Maude. Lo and behold! The Kindred Spirits listserv is part of the L.M.Montgomery Institute.

So now you know a lot about what I did and thought about on my vacation. Aren't you glad?