Who's in Connecticut this month? Besides Anthony Horowitz, Kate DiCamillo, and Jane Yolen? Read on. 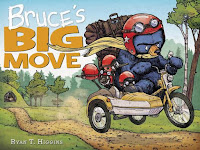 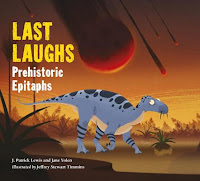 The Universe Is Toying With Me

I'm planning on going back to work next Sunday, October 1. We have a family member from out-of-state arriving in the area on Saturday, September 30. A lunch is planned on my first real work day, Monday. I don't know how long this family member is staying. 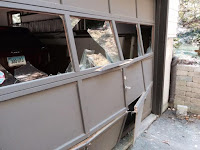 I considered telling the universe that it could just bite me. (I often consider saying "bite me," though I rarely do. In case we're ever together, keep in mind that I might be thinking it.) But then I realized that that might just tick ol' universe off. No, don't want to do that. The universe sent me through my garage door yesterday, when it wasn't ticked off.

Posted by Gail Gauthier at 9:12 PM 2 comments:
Email ThisBlogThis!Share to TwitterShare to FacebookShare to Pinterest
Labels: Gail the Center of the Universe

A Book Fair Is A FAIR

This morning I spent four hours at a local fair working at our church's food booth. Since today is Sunday, it was like religious observance, but different.

Evidently the church does well selling apple crumble at this event and even expected to sell out before the end of the day. Nonetheless, our shift started at nine in the morning, and there were long periods when we discussed favorite bike trails and current events. All three of us took turns going to the pig race. We saw a lot of bored looking vendors. The pierogi people across from us, for instance, didn't break a sweat all the time we were there.

After about three hours, I suddenly started recalling other fairs I've been to. We're not talking PTSD here. Like the pierogi people, I wasn't sweating. No heart palpitations. But I did experience a flashback to fairs and festivals where I'd been selling something, but not food. I was selling books. Mine.

When authors are at fairs and festivals, they've got a spot with their books, just like the vendors at traditional fairs. There can be a lot of them there. They're just sittin', by themselves, watching people walk by. Killing time. You've got your people like Tomie dePaolo who are the blooming onions of the book fair world. The rest of us are apple crumbles and pierogies.

My apple crumble buddies were great at selling the crumble, while I just handled the money. They engaged people passing by. They touted the apple crumble's good qualities. ("Home made!") We had this terrific guy with us who at one point said to someone going by, "Good stuff! I just had some!" I imagined him with me at a literary event calling out, "Good book! I just read it!"

It was around that point that I thought, Eww. This is just like selling books. I don't do this well. The realization took the joy out of the incredibly beautiful autumn fair day, let me tell you.

At least I knew my professional future wasn't dependent upon apple crumble sales. That was a relief. It was more like my immortal soul was at risk, because, as I may have mentioned earlier, I was working at a church booth.

I also knew that at the end of my shift I was going over to the French Social Club's booth for some poutine, which has never, ever been available at any book fair/festival I've worked. That would make the book selling ordeal so much more tolerable.


Posted by Gail Gauthier at 9:13 PM No comments:
Email ThisBlogThis!Share to TwitterShare to FacebookShare to Pinterest
Labels: book fairs, Marketing.

Two More Days To Apply To Be A Cybils Judge

The title of this post pretty much says it all. Children's lit bloggers have until Monday to apply to be a Cybils judge for this year's award. They need judges for Round 1 and Round 2.

Those of us who aren't involved in judging can nominate books when nominations open.
Posted by Gail Gauthier at 5:24 PM No comments:
Email ThisBlogThis!Share to TwitterShare to FacebookShare to Pinterest
Labels: Cybils

I know, I know. I said I wasn't going to be blogging until next month. However, I actually read those newspapers hotels provide gratis, and I read something last week that will not keep. It is time sensitive.

First off, I'm sure you all recall that I've written here about the significance of beginnings and endings of units of time.  January, the beginning of a major unit of time, the year, is a big moment here at OC with the creation of goals and objectives.

Last week The Wall Street Journal carried an article about the end of one unit of time and the beginning of another and how that beginning has become very important. In Now Is the Real New Year, the WSJ reports that September is now "the start of the real new year." It lists masses of ways that September is now outpacing January for people making changes in their lives. And there's a couple of statements that suggest that September works better than January for doing this. "In January, postholiday exhaustion can make New Year's weight-loss resolutions feel even tougher, nutritionists say..." and 69% of respondents in a British survey "believe small improvements in September are easier to achieve than New Year's resolutions."

There's not a lot in this article explaining why this is happening. There's talk of shifting back to routines after the summer and the Jewish New Year coming in the fall. But what is going on that is so big that it blows January, the stereotypical time for changing our behavior and getting started on new projects, out of the water?

My own wild theory is that, at least here in the U.S., we have generations of being enslaved to the school year and its calendar. We're tied to it as students, ourselves, and then those of us who have children are tied to it again when they are students. Teachers are tied to it. Children's writers who do school presentations are tied to it. The school year, which begins in September, has become more meaningful than the calendar year because something truly happens when it begins. January, not so much.

So can we use this sense of a new beginning and a time to get started fresh in our work?

I can't, obviously. I'm on vacation. But maybe you can.

An Opportunity To Help Out In Texas Through Kidlit Cares

The children's literature community is conducting an online talent auction to benefit the Red Cross and Global Giving hurricane relief efforts in Texas. Author Kate Messner has done what looks like an enormous amount of work organizing this event, known as Kidlit Cares.

There are just over 200 items, such as author visits and agent and editor critiques, to bid on at the Kidlit Cares site. You can also make a donation of at least $10 to the Red Cross or Global Giving from the Kidlit Cares site before September 4th and be entered into a drawing to win a class set of Messer's new book and a thirty-minute Skype visit with her this fall.
Posted by Gail Gauthier at 9:06 PM 2 comments:
Email ThisBlogThis!Share to TwitterShare to FacebookShare to Pinterest
Labels: Hurricane Harvey, Kate Messner
Newer Posts Older Posts Home
View mobile version
Subscribe to: Posts (Atom)
© Copyright by Gail Gauthier
All Rights Reserved