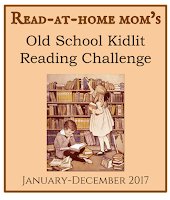 As I suspected in yesterday's post, as an adult I'm nowhere near as fond of the book Little Men as I was when I was a child. Unfortunately, my life is a sort of ode to that book. I could have done worse, I suppose. I read a lot of Marvel comic books as a kid, too. Inappropriate adult spy novels. Historical romances. Nearly everything Agatha Christie wrote. At least in Little Men young boys living in a boarding school are exposed to a lot of improving generic spiritual stuff about sorting out your faults and taking care of your conscience. I don't recall seeing that in The Avengers.


Does Alcott Romanticize Poverty And Women As Wives And Mothers?


I ask that question because she does it in An Old-Fashioned Girl. So, you know, I wondered.

Money. In Little Men it's not so much that Alcott romanticizes poverty, it's that she holds wealth, and particularly how it's achieved, in low regard. Jo and her husband, Professor Bhaer, run a boarding school and their student Jack represents the evils of business. He's introduced as "sly." "Many men would have thought him a smart boy, but Mr. Bhaer did not like his way of illustrating that Yankee word, and thought his unboyish keenness and money-loving as...an affliction..." Jack's uncle is described as setting a bad example for him, presumably with the keenness and money-loving. Yes, Jack steals from one of his classmates, lies about it, and lets someone else take the blame for it. But that's his function in the story. He's interested in money, so he's bad. Seriously, Jack has warts. He's even physically marked.

Laurie from Little Women darts in and out of Little Men. He has great wealth, but even though there's a reference to him being in business, he is a beloved character who uses his money for good. Why? He's known Jo and her family for years, is married to her sister, and they have had an improving influence upon him. "I'm the first boy Mrs. Jo ever had to take care of...she has been working on me for years and years."

So a variation of the poverty vs. wealth/business issue appears in Little Men.

Women. The women in Little Men are particularly intriguing. First, we have Daisy, Jo's niece, and Nan, an unrelated student. Poor Daisy appears to be being trained for service to family. She attends real classes, but we never see her in the classroom. Her interests appear to be all domestic, and she loves doing things for others, particularly for her male classmates. Her playing involves domestic tasks like cooking and, I kid you not, doing laundry.

Nan is a wild child, not traditionally domestic. Her interests do involve care giving, though. She's already headed for a career in medicine. (I've read Jo's Boys.) Jo believes she will make a "capital doctor" and wants to convince Nan's father to support her, because Nan "...wants something to live for even now, and will be one of the sharp, strong, discontented women if she does not have it." I'm not sure what that means. Do more domestic women like Daisy not have something to live for? Is being sharp and strong and discontented a big negative?

A reader could argue that in Daisy and Nan Alcott is presenting women's choices, choices that most women probably didn't have in the 1860s when this book was written. Then there is little Bess. What about her?

Bess is Laurie's very young daughter, making her another of Jo's nieces, who only visits the school. She is beloved by all, primarily because she is a beautiful child. She may be beautiful inside and out, but the outside gets a lot of attention. Her big chapter is called "Goldilocks."

And then there's Jo. Not once in Little Men do we see a reference to Jo writing, which pretty much defined her in Little Women. (I think it may come up in Jo's Boys.) Nor does she teach at the  school she runs with her husband, not in the traditional sense of the word. She influences all as a loving mother figure, one who teaches through spiritual analogies, and, I guess, mother love. There's a lot of talk of sowing, gardening, and reaping in this book, for instance. There's a lot of intuitive knowing what her boys need. When she was hanging drapes and folding clothes and fitting Nan for a new pinafore, I kept thinking, Jo, Jo, what happened to you? And this exchange between Jo and her husband was a little chilling:

"But needlework is not a fashionable accomplishment, my dear."
"Sorry for it. My girls shall learn all I can teach them about it, even if they give up the Latin, Algebra, and half-a-dozen ologies it is considered necessary for girls to muddle their poor brains over now-a-days."

Just as with An Old-Fashioned Girl, there's a lot of romanticizing of women as wives and mothers in Little Men and then one different kind of woman (in this case, Nan) thrown in. It's hard to figure out what is going on here.

And Speaking of "Old-Fashioned"


Alcott uses the express "old-fashioned" a number of times in Little Men and very favorably.

"These were the boys and they lived together as happy as twelve lads could, studying and playing, working and squabbling, fighting faults and cultivating virtues in the good old-fashioned way."

""Once upon a time," began Mr. Bhaer, in the dear old-fashioned way, "there was a great and wise gardener who had the largest garden ever seen." I told you there was a lot of garden talk in this book.

""You shall ferule me in the good old-fashioned way; I seldom do it myself, but it may make you remember better to give me pain than to feel it yourself."

"""First of all, put on this clean cap and apron. I am rather old-fashioned, and I like my cook to be very tidy.""

""Miss Crane kept a school for boys in a quiet little town, and a very good school it was, of the old-fashioned sort.""

"This yearly festival was always kept at Plumfield in the good old-fashioned way..."

"Old-fashioned" is always used to describe something good (except for that feruling business), just as it is in An Old-Fashioned Girl.

What Are You Driving At, Gail? You Are Driving At Something, Right?


Ah...I don't know. Little Men is sometimes considered part of a Little Women trilogy, but it seems to owe a lot to An Old-Fashioned Girl, which was published just the year before. The whole domestic goddess thing I see in these books seems so much at odds with what I know about Alcott's life. She was a woman who had to do what she condemns Jack for in Little Men, care about business and make money. In fact, Susan Bailey says at Louisa May Alcott is My Passion that Alcott wrote Little Men to provide financial support for her young nephews after the sudden death of her brother-in-law. (The John Brooke chapter in Little Men.)

Now, I need to reread Little Women at some point. Also Eden's Outcasts, a double biography of Louisa and Bronson Alcott. (Her father. Yeah. If anyone had understandable father issues, it would be LMA.)


Sadly, I am going to have to do a third Little Men post, because there are some things I want to share about how the writing of the book differs from what we expect today. And I've got to get the fat-shaming business off my chest.