Time Management Tuesday: Is There A Way To Manage Work Time For The Ill And Injured? 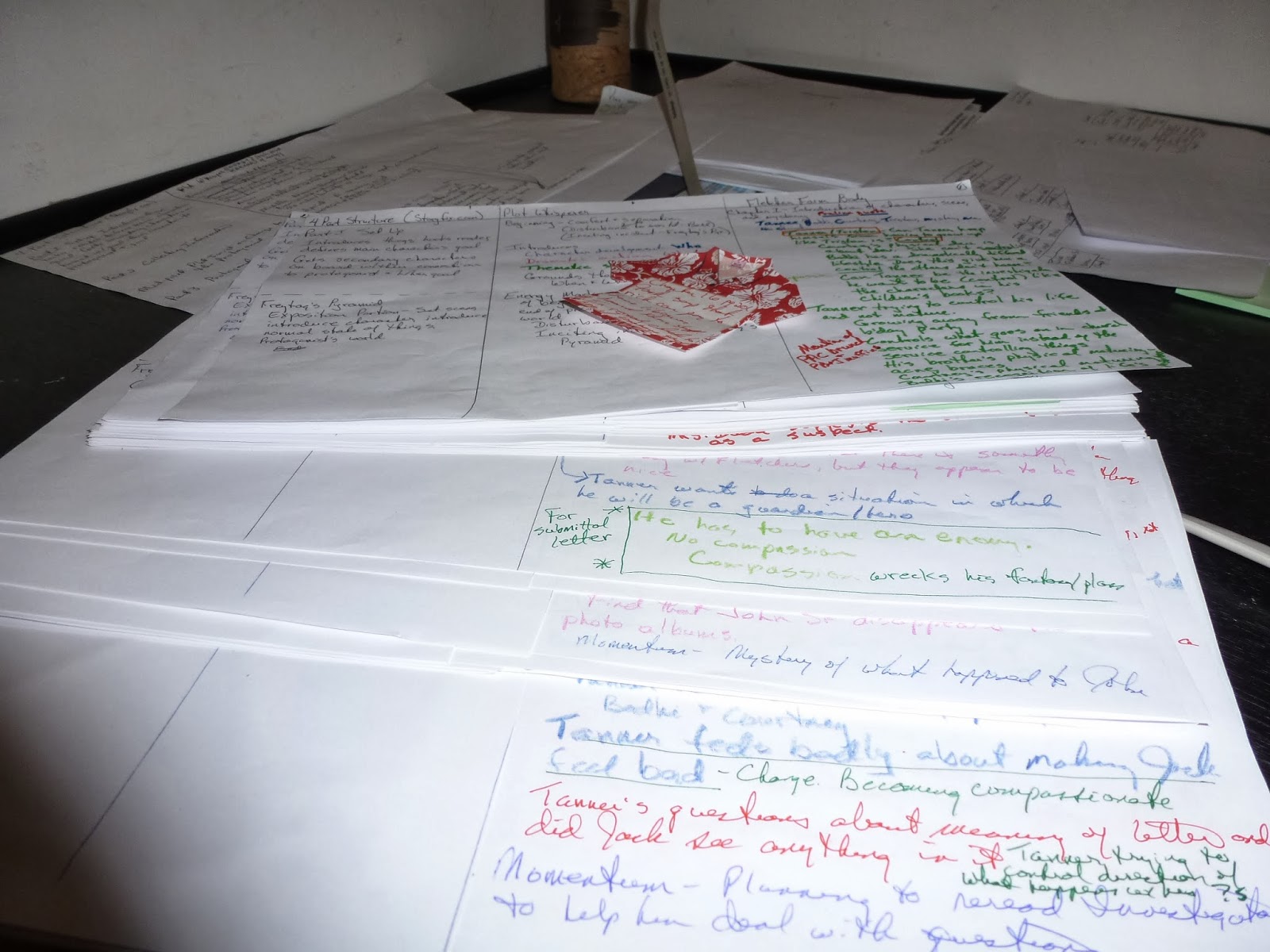 Last week was my sixth week post-op on that surgery I've been whining about here for more than a month. Last week I finally began to feel energy returning to normal. The soreness that had been subsiding very slowly suddenly seemed to be far less noticeable. It began to appear that I was going to achieve some kind of normal, sooner rather than later.

All these issues had been keeping me from working at peak efficiency. Or any kind of efficiency. I was working. You can see above the elaborate revision project I just finished yesterday. But I started that damn thing last November after getting back from Whispering Pines. No, it shouldn't have taken this long. My inability to put in much daily time since the end of January, even though I work sitting down, was hugely frustrating. Part of it was physical issues, but a lot of it was mental. I just could not find a way to get my mind into work mode while feeling the way I was. I was late getting started in the morning and was usually lying down by mid-afternoon.

Is there a way to manage time under these kinds of circumstances? I'm not suggesting surgical patients be able to put in regular eight-hour shifts. But how about finding ways to do enough to satisfy us?

I hunted on-line for material on working while recovering from surgery or even illness. I found a lot on "working out" after surgery (which, truthfully, is of interest to me, too, but doesn't relate to today's subject). I also found information for employers and information on job discrimination. But anything on how to keep your head in the game? No. 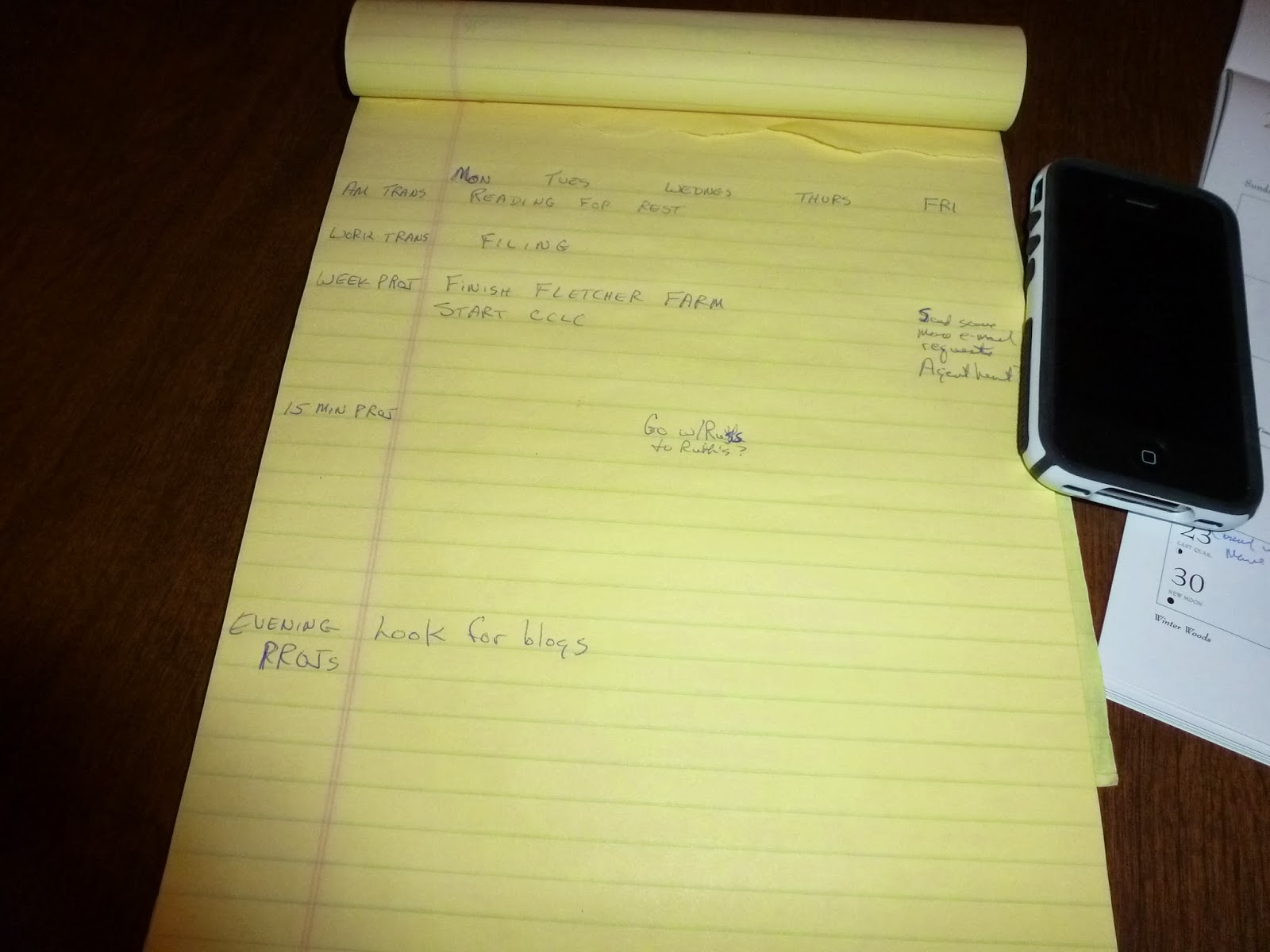 Now this is one of those privilege problems. If I worked a traditional job and couldn't take six weeks off, you can be sure I would have been back in the office, at least part-time, a couple of weeks earlier than I was. Or if this house was crawling with kids, I would have found a way to stay on my feet more than I did.

As it was, I just started doing my weekly planning (see left) this past Sunday. I couldn't even get myself to do that. 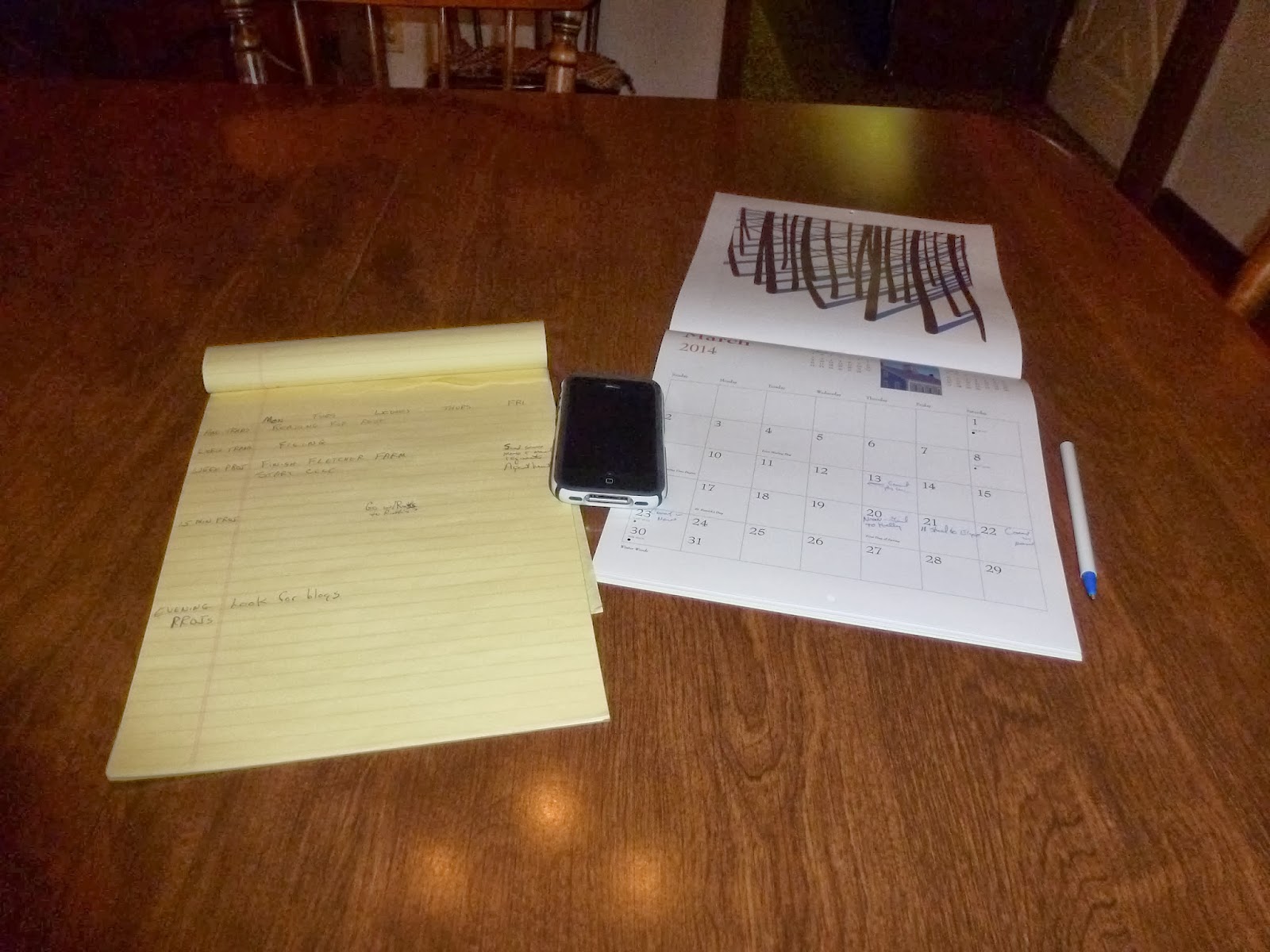 Oh, wait! Planning may have been my downfall. Or, rather, not planning. Perhaps having a variety of small jobs planned for a recovery period--catching up on reading professional journals, some children's books (I read masses of adult mystery serials), small promotional tasks--would not only mean getting something real done, but feeling that something real was getting done. Which could have an impact on the ability to do more. As it was, I did do small tasks, but not in any kind of organized, planned way. So I never had a sense that I was making progress, becoming more powerful and competent, and ready to move on.

Hmm. Maybe I'm on to a way to manage time for the ill and injured. Can I elaborate on this and then put it in a bottle and sell it?

First, congrats on getting back on your feet.
Second, I think planning for this sort of thing is half the battle. I don't even feel like writing sometimes during monthlies, so plan to read those first worst days - just as a treat to myself. Guided reading - reading a certain type of thing, etc. - is sometimes helpful for me.

Frankly, I've never had surgery (short of at birth) and would hate to imagine trying to work through pain, and the feeling of "I don't want to sit up." I know telling you to give yourself a break only works if you're the one telling that to yourself, but seriously - there IS a such thing as doing lucid dreaming and imagining the things you want to write that still counts as prepwork. Honest.

Oh, I treated myself to about six serial mysteries.

"there IS such a thing as doing lucid dreaming and imagining the things you want to write that still counts as prepwork" I believe it was Terry Pratchett who said that he works all the time, for that very reason. Every thought is related to writing.

I am just a liiitttle bit obsessive, and I think that was a factor in my frustration. Still, it was bizarre the way I just couldn't get myself into the time management methods I was using before. I'm not actually back there, but now that I can do more, it doesn't bother me as much.