Little Too Traditional Fantasy For Me 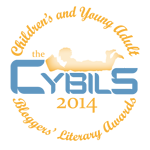 I've probably bored people to death with how much I liked Diana Wynne Jones's Chrestomanci books. I liked Howl's Moving Castle for Howl. Mystical, changing buildings aren't much of a draw for me. I wasn't as enthusiastic about other Jones' books. I've had the same experience reading Terry Pratchett. Some I liked a great deal, some not so much. I think when writers have a big output, the way Jones and Pratchett do, there's going to be some up and down. Even if the quality doesn't vary, when there's a lot of work dealing with different characters and situations, readers' taste/commitment is going to be greater for some characters/situations than others.

That's how I felt about The Islands of Chaldea, the last book Jones was working on when she died. There wasn't a stand out character like Howl or Christopher Chant/Chrestomanci, though I think that if Jones had had all the time in the world, Aunt Beck or the captive prince she loved from afar might have become one. But they are both adult characters. I found Aileen, the child/teen main character, not very strong, though she does come through at the end. That may be a significant aspect of children's fantasy books, that the child protagonist transitions through the magic, the way real life children transition through adolescence. But my knowledge of fantasy isn't deep enough to know if that's the case or if I just made that up this minute.

I think you really have to enjoy magic to enjoy The Islands of Chaldea, and there are going to be young people who do and will. For me, though, the best part of the book is an author's note at the end in which author and actress Ursula Jones describes her efforts to finish her sister's book after Diana Wynne Jones's death.

The Islands of Chaldea is a Cybils nominee in the Elementary/Middle Grade Speculative Fiction Category.

Posted by Gail Gauthier at 11:15 AM
Email ThisBlogThis!Share to TwitterShare to FacebookShare to Pinterest