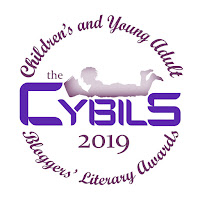 It's February 14. That Means The Cybil Winners Are Announced.


Yes, indeed, every February 14th excitement reigns because the latest crop of Cybils Award winners are announced. There are fifteen winners. Check them out.

Bette Bono, an author in one of my Facebook groups, suggested that for Valentine's Day we send valentines to writers, by way of reviews, purchases, or contacts showing appreciation. So I'm following Cybils writers and illustrators on Twitter. Yeah, that's including Cybils winner Trevor Noah, who's very funny but already has more than 10,000 Twitter followers and hardly needs a little valentine from me.

Also, I just bought a Kindle edition of The Cooking Gene: A Journey Through African American Culinary History in the Old South by Michael W. Twitty, as part of my Valentine's Day observance. I first heard about this book yesterday, but passed on it because I have at least two food books to read this year. But there was the Bette thing about sending authors "valentines," and Twitty's book is about history, as well as food, and I'm trying to do more reading about that this year, too. So purchasing it was a multiplier. I love those.

Editing Note: I have edited this post twice today, as I think of more Valentine's Day activities. The day isn't over. I may edit again.