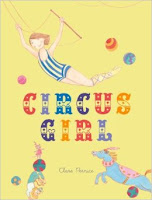 I Have A Connection to Lad! The Dog! That Dog!

Today I had lunch with my husband's second cousin once removed, who told us that his wife's uncle was... Albert Payson Terhune! The collie guy!

It's a good thing I was at Bertucci's today with these people, because my husband didn't have a clue who Cousin E was talking about. But I read Lad of Sunnybank back in the day, and it seems as if I had to have read more of his many collie books, since Terhune's name looms so large in my mind. Not that I can tell you much about Lad, except it was about a dog who was owned by a classy couple who lived in a classy house.

Cousin E. also told us that my husband's great-grandfather owned a Terhune collie, because Terhune was also a breeder. So I have a double connection to Lad.

In an article about a Terhune biography published in 1977, Albin Krebs called Albert Payson Terhune "The creator of some of the most popular books for young people ever published in this country."  In 2015, Bud Boccone, writing for the American Kennel Club called him, "One of the most influential American novelists of all time."

In Lad as a Wasp In Dog's Clothing a child fan who reread some of Terhune's books, noticed some things that got by him when he was younger. In short, he found that "The analogy between thoroughbred dogs and human aristocrats is implicit in all Terhune's stories." To put it nicely. I actually read this article years ago and remember it.

I'm still excited because I'm kind of related to Lad by marriage.
Posted by Gail Gauthier at 9:49 PM No comments:
Email ThisBlogThis!Share to TwitterShare to FacebookShare to Pinterest
Labels: Albert Payson Terhune, dog stories, Gail the Center of the Universe

Sounds Good Even With No Childlit Authors

The Avon Free Public Library in Avon, Connecticut is running its sixth Local Author Festival this summer. AFPL has featured children's authors and illustrators other years. The first year of the festival, for instance. This year, though, it looks as if no children's or YA authors or illustrators are taking part.

There's a good line-up of other people, though. Bookstores cut back on their author offerings during the summer. Recently, libraries like Avon's have been picking up the slack. Well done.

I've only been to the Avon Free Public Library for the Author Festival. I'm hoping to make a stop this summer to scope the place out during regular business hours. I've heard good things about the Children's Room.
Posted by Gail Gauthier at 7:24 PM No comments:
Email ThisBlogThis!Share to TwitterShare to FacebookShare to Pinterest 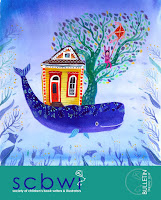 Do you have a copy of the Spring, 2019 Society of Children's Book Writers & Illustrator Bulletin? Can you get one?


Go forth and read, children's writers. And other writers. And anybody.
Posted by Gail Gauthier at 7:49 PM No comments:
Email ThisBlogThis!Share to TwitterShare to FacebookShare to Pinterest
Labels: SCBWI Bulletin

At the end of January, I made an adjustment to this year's goals and objectives "Research and create notes for a happy apocalyptic story." I read Pandemic 1918 by Catharine Arnold and Pale Rider by Laura Spinney to research that story, but I'm also trying to read some general science fiction to ground myself in the genre I'm writing. (I also have an adult first contact story that I'm holding on to for a little while before I submit it again, so grounding myself in the genre would be good for that, too.) So late this winter/early this spring I read Lock In and Head On by John Scalzi. (I read his Redshirts a few years ago, and I believe we have his Agent to the Stars floating around the house somewhere.)

Lock In and Head On are police procedurals set in the near future, using the same main characters and same world. To be truthful, I found the science a little long in places and hard to follow, and there were a lot of secondary characters, particularly of the potential bad guy variety. I loved the main characters and their world, though, enjoyed the reads, and hope Scalzi does more Lock In books.


How Do Lock In and Head On Fit In To My Grand Scheme?

which, granted, isn't that often, I bring science fiction to the here and, so far, the now. That's what I did with My Life Among the Aliens and Club Earth, which have the same main characters and world. They involve aliens coming into suburban children's world.

So I'm going to try to stick with that kind of science fiction reading for the immediate future.


Posted by Gail Gauthier at 8:38 PM No comments:
Email ThisBlogThis!Share to TwitterShare to FacebookShare to Pinterest
Labels: Goals and Objectives 2019, reading, science fiction

A Not So Obscure Illustrator

Time to start easing back into work life, including blogging.

In March and April, I wrote about the old books that I was literally...and that is literally...using as living room decor. I know Joanna Gaines does that all the time, but moldy old books are not that attractive. They get depressing after a while, too.

On Saturday I was with a group of relatives and tried to unload an 1898 edition of Uncle Tom's Cabin that my grandmother had written her name in in 1945. My Aunt Esther, her daughter, said, "Eh, I have a bunch of those," meaning, I assume, her mother's books, not copies of Uncle Tom's Cabin. Not only did my cousin Mary not want it, she said if I could get our cousin Bob to take it, she'd send him the grandmother book I sent her last year. Bob did take the book. He just moved, has 65 boxes of books, and just doesn't care about one more. Yeah, I did kind of take advantage.

So that's one book gone. But there are more!


The Little Browns by Mabel E. Wotton, for instance. It caught my eye because it's 119 years old and  still very attractive. Okay, attractive in a dated way, in a way that a lot of 119 year old books aren't. The illustrator, H.M. Brock, is better known than some of the people I've been writing about. The University of Reading, for instance, has the H.M. Brock Collection, which holds 2,000 books that include his work.

Unfortunately, H.M. Brock is often described as C.E. Brock's younger brother. C.E. was also an illustrator, who gets attention for illustrating Jane Austen's books, though it appears that H.M. worked with him on that. C.E. painted in oils and was elected to something called the British Institution. Poor H.M., on the other hand, worked in advertising in addition to illustrating. Advertising always gets a bad rap.

Jeff A. Menges in a  selection in 101 Great Illustrators from the Golden Age, 1890-1925 says that C.E. accepted fewer illustration assignments and the ones he did take "included more literature." (Ah...what?) Our H.M. did more book work and more for the juvenile market. (Ah...is that supposed to be a bad thing?) H.M. also went into comics when book sales in the '30s and '40s meant less work for him. That may have been a sign of hard times in those days, though now it makes him cool.

At the very least, he has left a bigger paper trail than some of the other authors whose books I had in my living room for several years.