How Did That Talk You Gave Go, Gail?

Quite well. Thank you very much for asking. 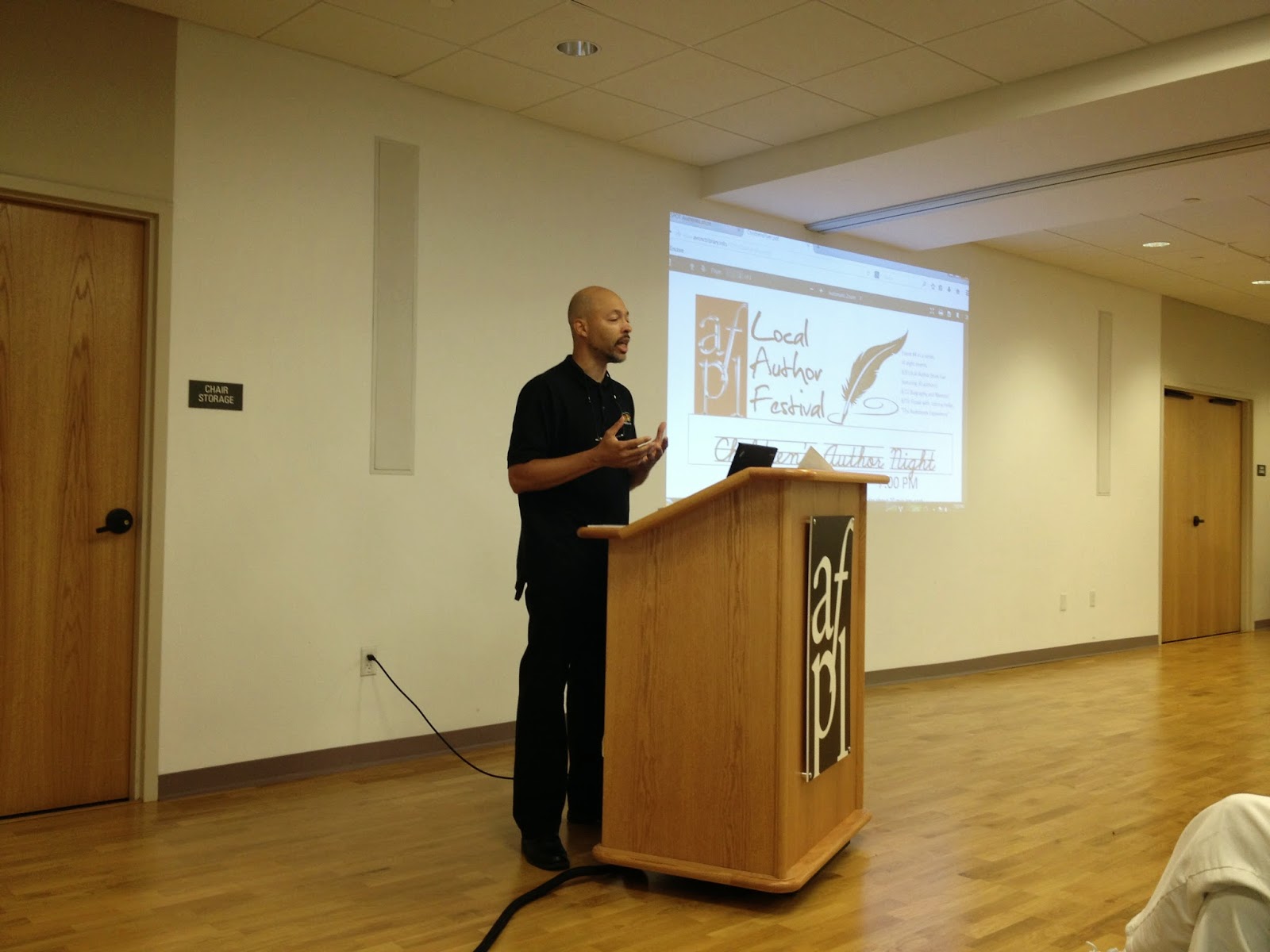 Jerry Craft was the evening's first speaker. He's a cartoonist and graphic novelist whose work has been featured in Ebony and The Village Voice, among other publications, and distributed by King Features. He published a collection of his comics in Mama's Boyz, has illustrated other authors' books, including The Zero Degree Zombie Zone, and has written middle grade books, including The Offenders. 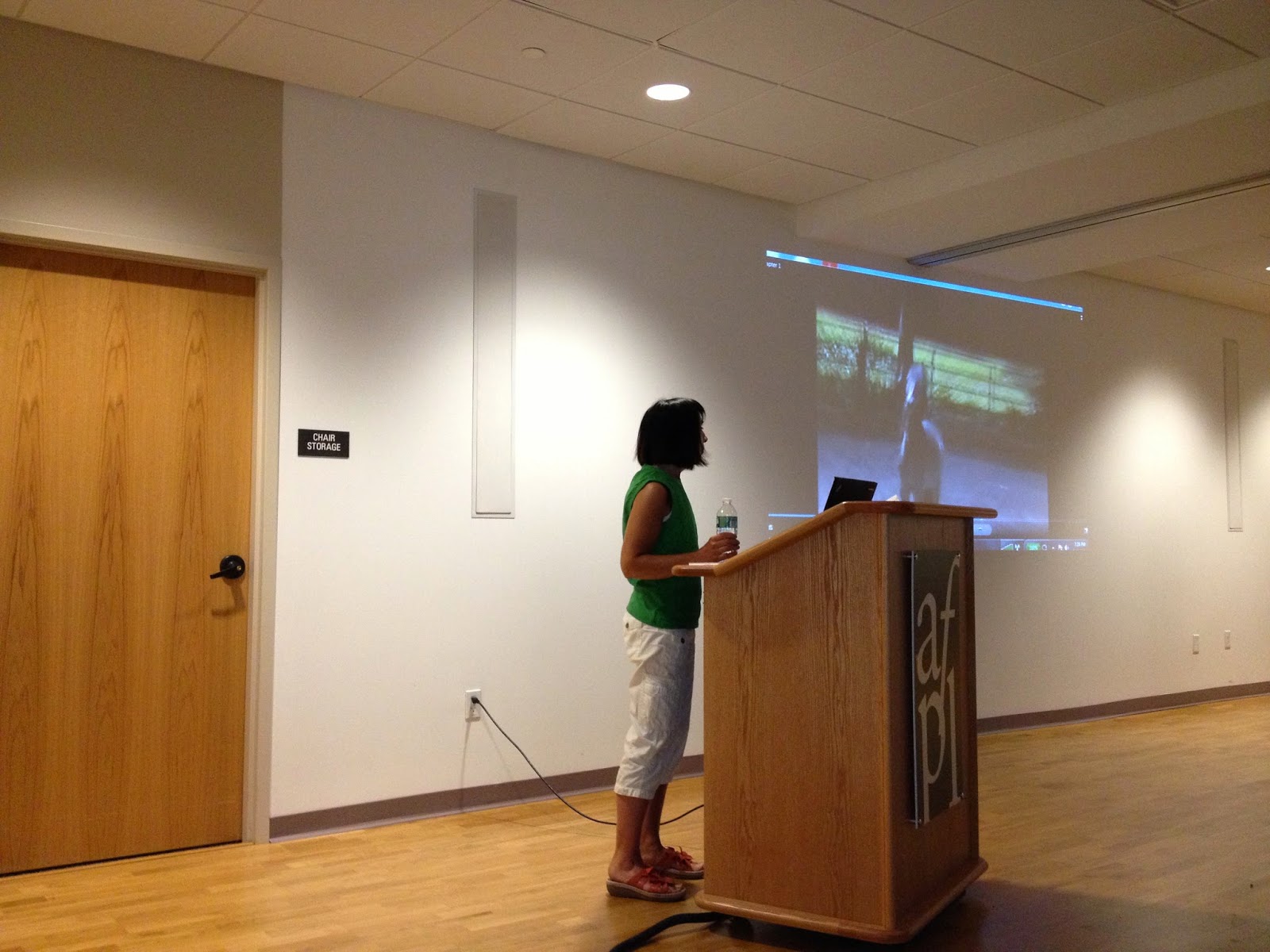 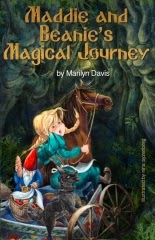 Marilyn Davis's Maddie and Beanie's Magical Journey was inspired by her work rescuing horses. This is a fascinating subject she's also written about for journals. 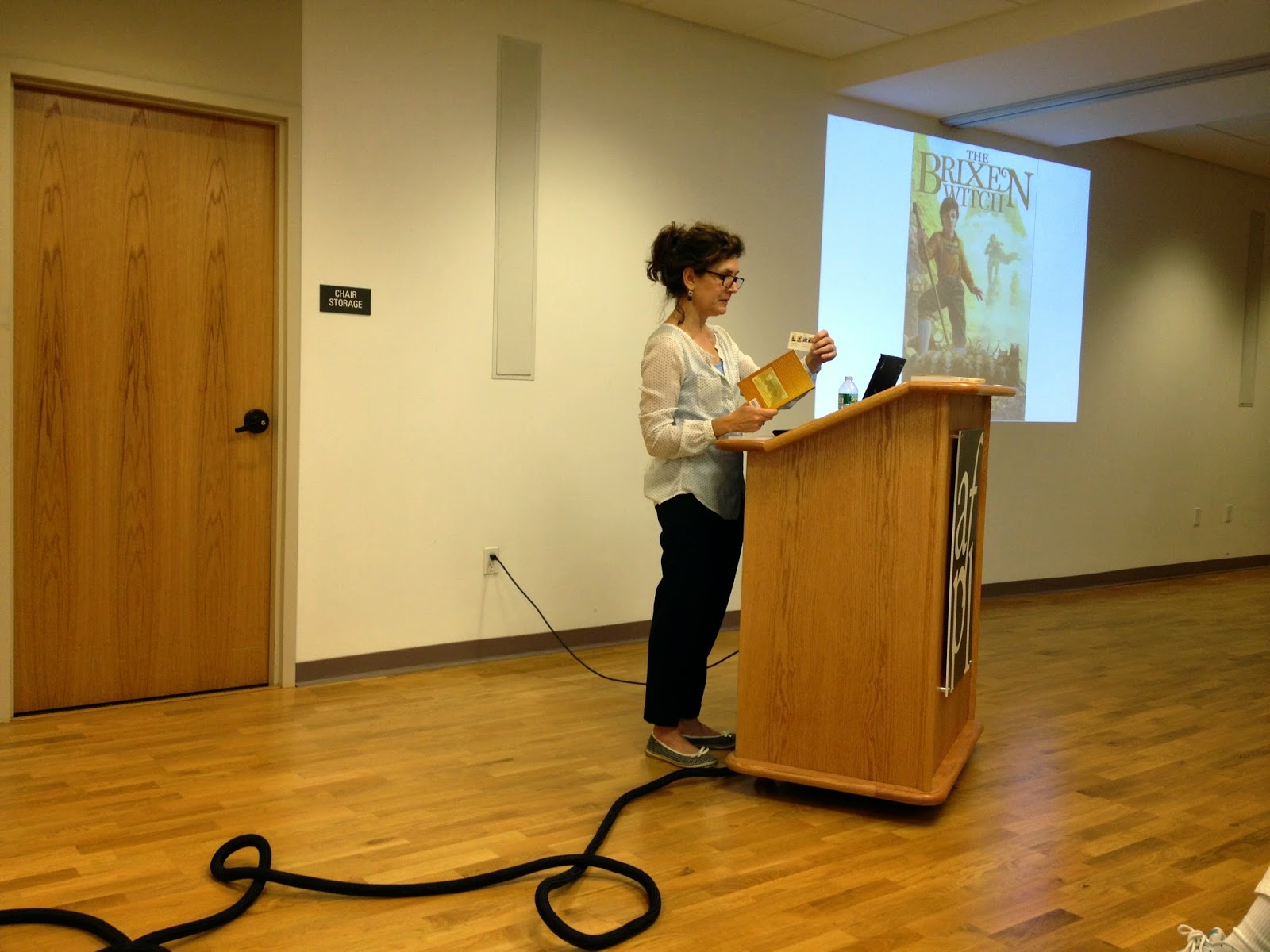 Stacy DeKeyser is the author of an intriguing YA novel called Jump the Cracks, which I read about five years ago. Very unique story. On Tuesday, she spoke about where writing ideas come from in general, and how she came up with the idea for her most recent book, The Brixen Witch.

And what did I do at Children's Authors' Night? Well, I didn't take a picture of myself, that's for sure. What I did do was discuss my experiences with both traditional and self-publishing, with particular emphasis on Saving the Planet & Stuff, since it is my self-published eBook.

Nice round-up, Gail! I really loved your talk, btw. Brief, yet informative and balanced. (And it was nice to see you again!)

And we'll be seeing each other again tonight.