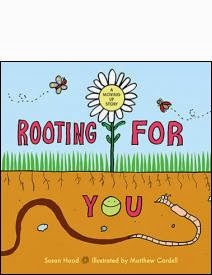 Sat., March 1, Dawn Metcalf, Kent Memorial Library, Suffield  10:30 AM to 11:30 AM Talk for adults and teenagers on writing hooks and query letters

Noticed the big decline in Connecticut children's lit appearances the last two months? No? Well, compare March, 2013's calendar to this March's calendar. And the February, 2013 calendar to last month's.

No, it is not just the weather. There are plenty of events scheduled for cookbook, nonfiction, and adult fiction writers. The Big Book Club was held this past weekend at Mohegan Sun. Seventy authors are supposed to have been there. I didn't see any names I recognized as children's or YA writers.

I'm not saying that the lack of children's author activity in Connecticut is some kind of outrage or plot. The question we probably should be asking is why we get as many child/YA authors making appearances as we do? Conventional Wisdom states that parents will take pre-schoolers out to story hour/picture book author appearances, but that after that point, interest drops. Families are much more focused on sports and school events. Bookstores, so I've heard in years past, don't want to bring in a lot of children's writers for appearances because it costs them money to order books and then send the unsold ones back. It costs them money to have their staff setting up for appearances and publicizing them, money they often don't make back in sales. In my own experience, I had a great deal of trouble getting a local indie and a big box store to even talk to me about an appearance for Happy Kid!. I spent a lovely afternoon with a third bookseller in her store. Not only did she not sell one of my books, she didn't sell any books at all while I was there. On a Saturday. After those experiences, I didn't try for appearances for my next two books.

So what's going on in Connecticut right now? Is this year's winter schedule the norm and last year's was the unusual situation? Or is the reverse the case? I'll probably need to keep track of author appearance schedules for another couple of years to be able to answer that question.
Posted by Gail Gauthier at 2:00 PM
Email ThisBlogThis!Share to TwitterShare to FacebookShare to Pinterest
Labels: author appearances, CCLC-Connecticut Children's Lit Calendar

That's kind of depressing... But maybe libraries would get more of an audience?

I think libraries definitely get an audience for events for younger children, just as the bookstores do. I think story hour crowds at libraries are often regulars and may show up for similar events.

I know the librarian at our local library used to say that she would combine a craft or food offering of some sort when she brought in a children's author. She couldn't get people in for them otherwise.