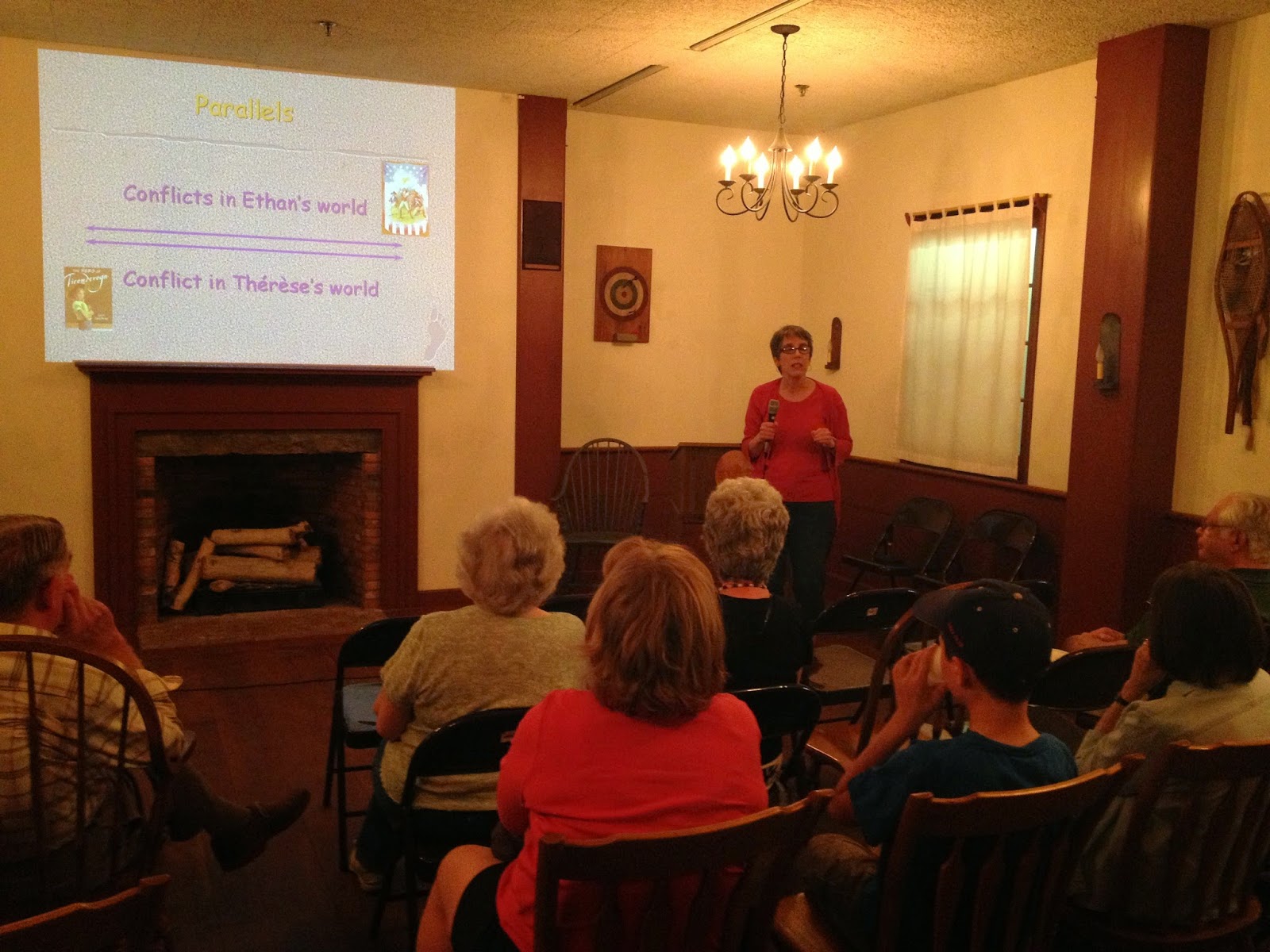 Sunday's talk at the Ethan Allen Homestead went very well. Any number of interesting things happened. Two of them:

PowerPoint Problem. I arrived 30 minutes before my scheduled presentation, which was exactly when I was supposed to. That's not something that happens all the time with me, so yay!  I was greeted by a little crew of museum people. Everyone was expecting me. Yay! Yay!

Then a museum staff member started getting my USB with my PowerPoint slides set up with her laptop. Her laptop was failing her. Panic time, you say? No, because I had my computer guy with me. He tried my laptop, which had the slides on it, too. They couldn't connect it to the projector. So he brought his laptop in. Yes, we travel with two laptops. He pushed this and that for a while, and, of course, I had slides ready to go in plenty of time.

I wasn't at all freaked out while this was going on, and not because Computer Guy is a computer guy. I knew he'd never worked with a PowerPoint projector, after all. No, I was confident because I also knew that the day before he'd fixed a family member's hearing aid by shoving something into it to clean the contacts. Yeah, he'd never done that before, either.

I am afraid to go anywhere without him now.

Gail's On Film! While Computer Guy and a very attractive young woman were huddled together over equipment at the back of the room, another guy was busily setting up a camera and talking about me using a microphone in a ridiculously small space. Reading between the lines, I worked out that I was going to be filmed. I did not say, "What? What? How did this happen? There must be some mistake! I have not prepared myself psychologically for this! I need another week!" Because, you know, that wouldn't be cool. Instead, I managed to psyche myself out enough to prevent a meltdown.

The whole world can watch my presentation on the Antihero of Ticonderoga, given at the Ethan Allen Homestead in Burlington, Vermont.