Writer Connections In The Age Of Covid

Professional Development During The 2020 Pandemic

Last summer I took part in a fantastic flash writing workshop led by author Patricia Ann McNair. This was the best workshop I've ever taken in terms of actually working and generating new writing. I've submitted two pieces I wrote during that workshop. It has spoiled me for other programs. This workshop met in two-hour sessions over 6 weeks, so there was plenty of time to read and write between meetings. A lot of writers' workshops are only an hour long, there's not much opportunity for real work in that amount of time, and they end up being classes. If they are part of a conference, you run to the next class/workshop without any opportunity to mull over or use the content of the class/workshop you just left. Right now, I don't want to take a workshop unless I'm going to be able to write the way I wrote in Patty's.

(How many times did I use "workshop" in that paragraph?)

Oh, and by the way, Patty was in Chicago for this workshop series, while I and another participant were in Connecticut. Still another was in Massachusetts, two were in Michigan, and one was in Seattle.

Yes, this was another great digital opportunity for Gail. The salon Patty held for her students post-workshop was another.

I've written a lot here about professional development opportunities for writers' during the pandemic and how I hope that they will lead to lasting change when we can head out in public again. But book promotion is undergoing a change, too. 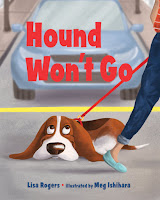 In the summer issue of the SCBWI Bulletin author Lisa Rogers describes some of the promotions authors are doing while they can't make public appearances because of the pandemic. She gives examples of authors who are reaching more people with virtual events then they would have with traditional ones. Valerie Bolling, for instance, did 5 back to back virtual visits in one day, hosted by places in places such as Utah and Canada, something she wouldn't have been able to do under normal circumstances. 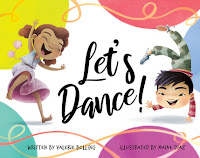 Virtual events, though, Rogers says, don't always generate the kinds of sales traditional appearances do. The books aren't right there in front of readers to buy while they're feeling heightened interest because they've heard or met an author.

My own thought on this issue: While we can see now that immediate sales are lower, in the long run virtual events that have the potential to get author information out to larger numbers of people in broader areas may mean equal if not even larger sales. For a long time, publishing has been using the movie "big opening" model for judging books' success. Publishers want to see big sales, right away, the way movie companies want to see big sales on opening weekend. Once the potential for early sales is past, everyone moves on, hoping for some other big thing.

This year's expanded virtual world, may mean changing to a different model. Since many more readers may be exposed to many more book titles without the actual item in front of them, orders from other bookstores and  on-line sellers over time, as well as additions to wish lists and requests to libraries, may increase.

UPDATE! I just found a new virtual promotion. Author Renee Beauregard Lute is holding a launch party for her book The Exceptional Maggie Chowder at her website.

A Late Addition Related To Illustrators 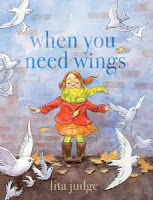 Author/illustrator Lita Judge can't do her usual annual weekend studio tour this year, for obvious reasons, so she's created a virtual one. I love hitting studios and galleries, and a virtual tour of a studio that I can't get to because it's too far away? I am on that.

It would be terrific if virtual tours became a thing in years to come to accompany annual weekend tours, when they're back in the after time. Again, the net would be tossed so much further than it can be when you're only including nearby people.

Posted by Gail Gauthier at 8:52 AM
Email ThisBlogThis!Share to TwitterShare to FacebookShare to Pinterest
Labels: author appearances, COVID-19, virtual events