Over the last year or so, I've read about people finding time for serious reading. Serious reading is definitely an issue for me. I am attracted to fiction. It's like bright and shining things distracting me from information. How to get myself to suck in the factual material that I want to know about without having to sacrifice time I could use for more fun reading?

Then I thought of Lent.

Lent is a season in the Christian calendar, a unit of time. Traditionally, Catholics, such as my French-Canadian ancestors, gave something up during Lent. My understanding is that you were giving up something for the sake of God, which is why you hear so much about people giving up things like drink or chocolate. You were giving up something you really liked, making the sacrifice more important. Christ sacrificed his life for us. We gave up pastry for Him.

What I found when I was young was that I was always giving up something to help me lose weight, which I found distasteful as far as Lenten morality is concerned. So I gave up giving things up.

Doing Something For Lent


But, as I said, Lent is a unit of time, a relatively short one. Units of time are great for applying a specific goal to. So as Lent approached this year, I thought, Instead of giving something up for Lent, what if I did something?

What if I found some time for serious reading?

So what I did was start reading the serious stuff for fifteen minutes while I ate lunch each day. I tried to cut out some Internet scrolling time to make this happen. You know, those sites about how dreadful celebrities look when they go to the grocery store, pictures of naughty royals.

I finished reading How To Live: A Live Of Montaigne by Sara Bakewell, which I began reading during the summer of 2015. The length of time I took to read the book is not a reflection on its quality by any means. It's my nonfiction struggle. I read one of Montaigne's essays well over ten years ago. Not that taken with the writing. I'm much more interested in him, particularly as Bakewell writes about him.

I had been trying to read bits and pieces of the book at night, then rewarding myself by switching to fiction. What I found happening with the fifteen-minute mid-day read was that not only was I reading more, I was retaining what I read better far better than I did when I was rushing to get through Montaigne's connection to philosophy so I could switch to reading something in the Cinder or Dublin Murder Squad series before I fell asleep.

When I finished How To Live, I read an essay about Montaigne in Great Books by David Denby. I'm guessing that book had been sitting on one of my To Read shelves for going on twenty years. Then I read Denby's essays on Jane Austen and Virginia Woolf. I've read more Woolf than I have Montaigne, but I tend to feel about her the way I feel about him. I'm more interested in her than in her writing. 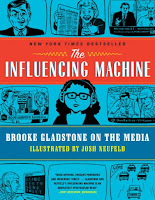 This has been one of the more meaningful Lents I can remember. No, it doesn't sound very spiritual. But it beats giving up chocolate hoping to lose weight.