I have a few photos from YA authors taking part in the Connecticut portion of Barnes & Noble's Teen Book Festival this past weekend. I believe there were over 30 events spread over the state involving YA authors. 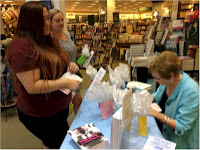 Joyce Stengel appeared at the B&N in Glastonbury. Joyce sent me two photos, but I...ah...well, lost one. So she gets first mention. 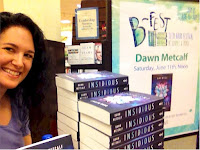 Dawn Metcalf's appearance was in Enfield. As you can see, I had a better handle on what was coming into my e-mail by the time her photos arrived. 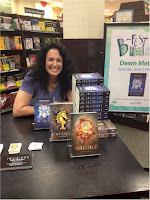 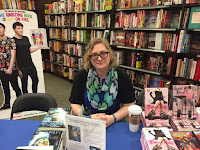 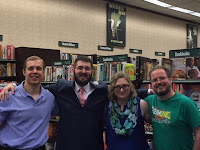 So were Michael Slaughter, Joseph
Adomavicia, and Patrick Freivald. 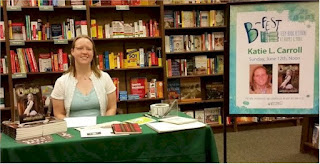 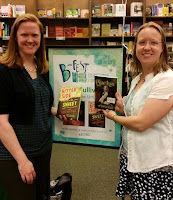 Katie has a wrap-up describing her B&N appearances.


Thank you to the authors who provided me with photos and identified the people in the group shots.

It was a really cool couple of days meeting readers and chatting with fellow YA authors. Hope B&N makes it an annual event. :)

I'll be interested to see what happens with this next year. Will B&N do something similar with other writers? A MG weekend, a picture book weekend, a romance weekend, a mystery weekend. It could do something once a month.

Maybe we should write to someone there.