A Reminder About Misinformation In The Time Of Covid 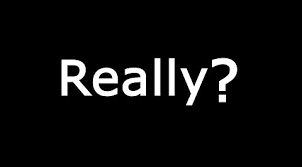 I just saw some shared material on Facebook that claimed it was practical information from an anonymous ICU nurse. It reminded me of a post I did back in March on saving time by not reading misinformation.
"But for many writers, the bulk of our Facebook friends are just that...Facebook friends. They are people we have connected with in order to create a professional network. They are not people we have ever met in person or are geographically near so we ever will. Spending hour after hour picking up and absorbing their fear may not be the healthiest thing we can be doing now, and it certainly isn't the most time and energy efficient.
"On top of that, according to Peter Adams of the News Literacy Project in an interview on NPR last Saturday, some of those stories our Facebook friends and Twitter followers are sharing are what he calls "misinformation." He even talks about a "misinformation ecosystem." "This pandemic has brought out a really clear picture of the kinds of things that tend to circulate in the misinformation ecosystem, generally...," he says. He goes on to add:

"A lot of what we're seeing is actually, you know, what you would call a kind of cheap fake or a low-tech fake, just copied and pasted claims online going viral across platforms...we're seeing just a lot of text-based claims with - this person is in a position of authority, you know? My sister-in-law works with a man who's married to someone at the CDC who says, right? So this sort of second and thirdhand totally anonymous information just gets copied and pasted over and over and over again across these platforms."

Why Is This Happening?

I don't think any of this has anything to do with an organized attempt to bring down people in power or attack political enemies, though it is true that people do seem to like to do that. How well spreading misinformation for political means has worked, historically, would be a good research project for someone.
I think what's moving misinformation right now is fear and gullibility. Trying to control our own gullibility and ignoring these articles could help manage our own fear.
Posted by Gail Gauthier at 12:34 PM
Email ThisBlogThis!Share to TwitterShare to FacebookShare to Pinterest