The Weekend Writer: We Need To Constantly Be Educating Ourselves

Earlier this month, Jane Friedman's blog carried a post by Brooke Warner, publisher of SheWritesPress and SparkPress called We All Need To Be Defended Against Predatory Publishing Practices. In it, she describes what to look for in hybrid publishers versus companies that are trying to simply sell what I think of as printing services. Both types of company involve authors putting up some money. But a legitimate hybrid should have standards regarding what they accept for publication and offer distribution/marketing. A company that calls itself a publisher but doesn't do those two thinks is, as I said, pretty much just a printer that hands you back a product that you then wonder what to do with.

I have at least two acquaintances who have published with SheWritesPress. I can't speak about their experiences, but I can tell you I saw one of their books on a display table in a very nice independent bookstore in Michigan a few years ago. Since the author was in Massachusetts, my guess is that that placement was something the publisher had a hand in.

This whole thing reminded me of why I started the Weekend Writer feature of this blog back in 2013. As part of my 20th anniversary observance, I'm going to reprint the original post explaining what upset me enough to start adding material specifically for writers to the blog. Notice that my plan was to do Weekend Writer posts on Saturdays. That was before I realized that I am chaos. I'm happy to get one up anywhere during a 48-hour weekend. 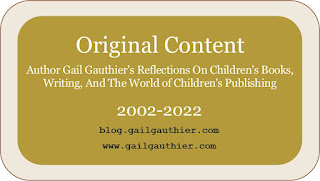 I have written about writing process here, but usually I'm whining. I've frequently written about plotting. I've written about publishing and e-publishing. But I've never been one of those writers who actually writes Advice for Writers or maintains that kind of information at her website. For one thing, reading about writing can be boring as Hell, and I wasn't confident that I could do anything about that problem. For another, many writers are already doing that at their websites, and I had no reason to believe I could do it any better. For still another, I've never thought that I have all that much to offer. And, finally, I thought this blog is probably read mostly by other writers, litbloggers, and my computer guy, none of whom are looking for writing advice.

However, earlier this week a friend from long ago contacted me to, indeed, ask for some publishing advice. She had written a story, found a publisher on-line, and contacted it, evidently giving someone there her telephone number. This was a self-publishing company with a "Not Recommended" rating at Preditors & Editors. What sounds like a salesperson called her, offering her a deal if she signed a contract by the end of the week. After that, the price would go up several hundred dollars. She was considering borrowing money to take advantage of the offer.

I am still upset about this.

There are so many people out in the world who want to be writers and have no idea how to even begin. Writing words on a piece of paper is the least of it. There's the whole issue of how to write and what is good writing and how do you know if you're even approaching good? Publishing is a whole other thing that should come long down the road.

Writing is becoming very professionalized. That's not a bad thing. Studying/training in your field in order to learn all the things discussed in the last paragraph--a very, very good thing, in fact. But I don't think a lot of people outside the writing world realize that you ought to actually know something and go out and learn it before you even try to publish whatever it is you think you've written. Some people would argue that a lot of people within the writing world don't know it. But one of the issues with training for a life as a writer is how? Must you go to college and graduate school? Can you get what you need from reading books? Going to conferences?

And a lot of the training is expensive. Going to college and, possibly, getting an MFA, for those who do it, costs some serious change. Conferences, retreats, workshops, professional memberships--not cheap. It's not too much of an exaggeration to say that I come from a rural, poor background. The idea that a writing career could be out of the reach of people like myself because of its cost, just as so many other careers are, is disturbing for me.

I'm not one of those all-dreams-can-come-true types. I'm a use-objectives-to-work-toward-goals type. That requires knowledge. Who can tell what a dream requires?

I still think I probably have limited help to offer and there are probably few inexperienced writers reading this blog. Nonetheless, I'm going to try to become a little more organized with my process and publishing posts, focusing them on Saturdays so that someone interested in just that type of information can stop by here one day of the week to get it. A lot of these posts will involve links to other writers and bloggers who are writing for writers, so that I can, at a minimum, direct readers to help. I may try to get other writers to add information in the comments. I may try to find a way to organize The Weekend Writer posts so that readers  can find them all easily in one spot. I may try to get Computer Guy to make me a The Weekend Writer button.

Posted by Gail Gauthier at 1:10 PM
Email ThisBlogThis!Share to TwitterShare to FacebookShare to Pinterest