Last week I said that I wasn't stumbling over environmental books on-line now that this year's Earth Day is past. I did, however, stumble upon some at my local library. This week I have a terrific book for our club.

First off, I must say that I am not fond of haiku. That is not a random thought, by the way. Look at this book's title. Anyway, I find haiku kind of confining because of that business of counting the number of syllables and so many syllables per line and three lines and multiply this by that and then divide something, raise to another power, and maybe there's a percentage in there somewhere. I don't actually know.

Jon Muth says he didn't confine himself to the pattern I think of as haiku in Hi, Koo! A Year of Seasons. Instead, he treats haiku "like an instant captured in words--using sensory images." And his sensory images are fantastic.

Now this book is more about children's (and pandas') experience of the different seasons than a hardcore "this is autumn" sort of thing. But we live within nature, too. Leaves that need to be swept up, snow falling off branches, birds making nests, fireflies...every season has something new for kids to do. And the changing events definitely get across the idea of change. And that's seasons, for you. Change, change, change. 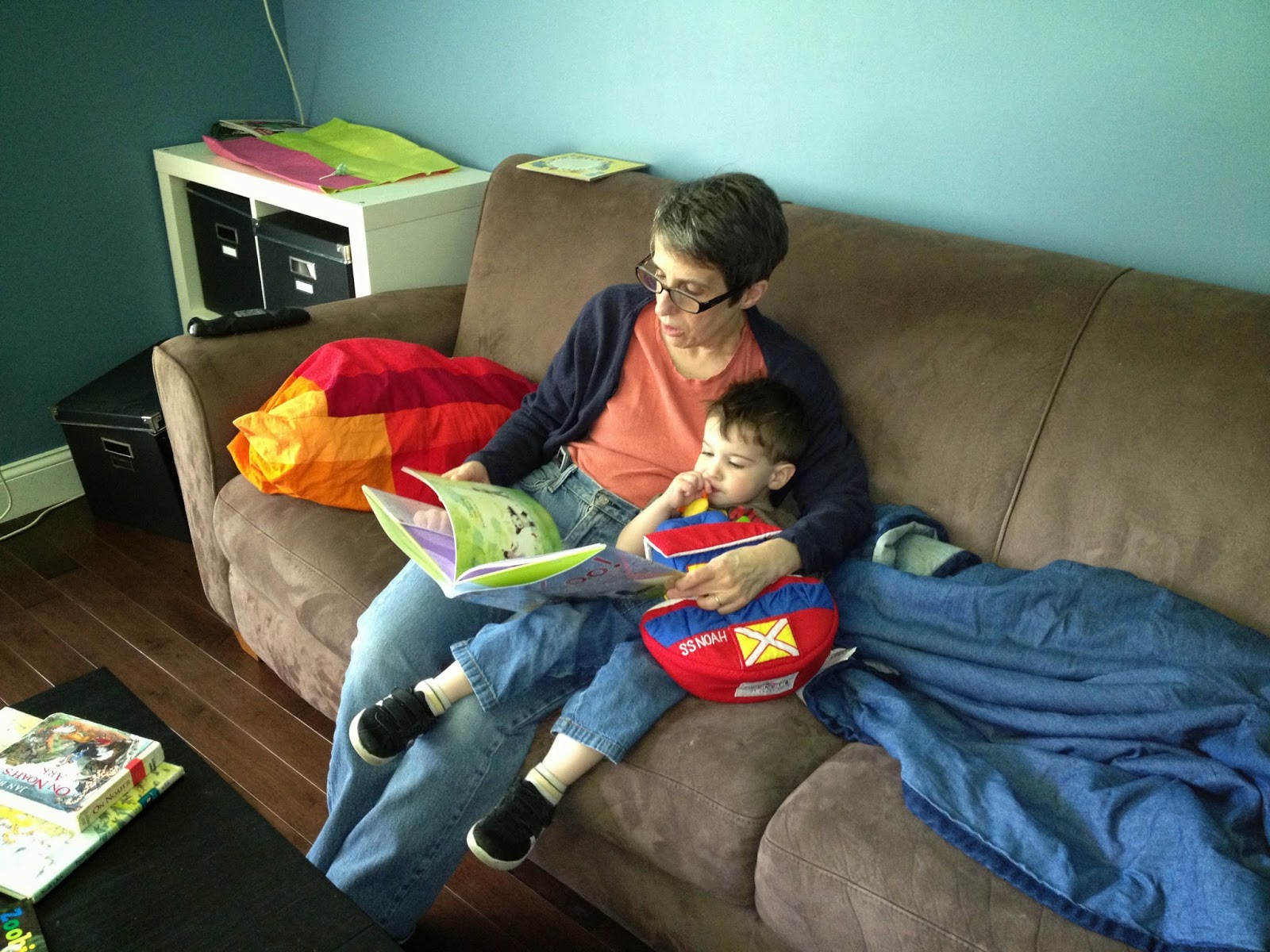 And for really young kids, who aren't ready for picking up on ideas, there's Muth's terrific panda.

Aww, haiku isn't that bad until you get to the bit with fractions... ☺

You did something with haiku at your blog for Poetry Month, didn't you?