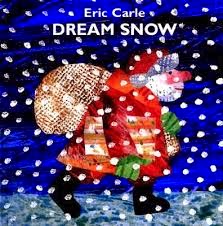 Though I certainly have always respected Eric Carle's accomplishments (great museum, for instance), I can't say I was ever particularly taken with his work. The whole caterpillar business kind of escapes me.

However, this weekend someone asked me to read him Carle's Dream Snow. And now I know why Eric Carle is Eric Carle.

What a fantastic combination of story and image. Little bits of animals can be seen through barn windows. Later, the whole entire body can be found behind an overlay of snow. And then the Santa-type figure decorates a tree that lights up. (Or maybe there was music. I was kind of excited over this, and now I can't remember.) I think this book makes the best use of what some might consider gimmicks, the overlays and the music or lights, that I've ever seen. 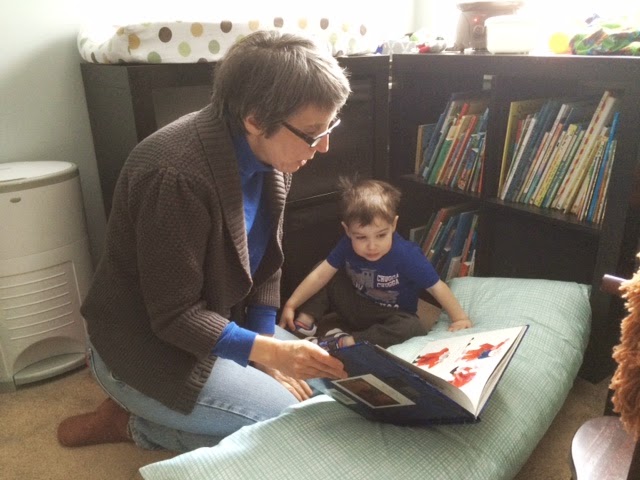 Someone in our family was totally drawn into this book. I had told him I was looking for a cow book in his room. He asked for Dream Snow, pointed out the cow in the barn, and when we lifted the snow overlays, announced, "There's the cow" and then "There's the-----" whatever the next animals were. Yes, he is amazing. But this book should make it easy for all kids to be amazing.