An Internet Idea That Hopped Out Into The Non-Internet World 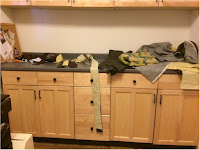 Internet activities are often modeled on what you might call real-world events. Traditional book tours became blog tours. Traditional book launches became virtual book launches. Moving away from book-related issues, dating became on-line dating. On-line versions of magazines and newspapers were created. But they were still magazines and newspapers, which have existed for centuries.

You see where I'm going with this.

This summer I heard about something that originated on the Internet being copied out here in what the Trek folk used to call the carbon-based world. Here in Connecticut this month we're going to have a Quilt Shop Hop.

Blog hops involve bloggers linking together, usually connecting posts on a similar subject. But I don't recall hearing about anything on that model outside the Internet until I stumbled upon a flyer promoting the Connecticut Quilt Shop Hop at my local sewing store.

This particular hop involves a $7 registration fee, which I believes gets you a mug as well as a "passport." You can take that passport into participating stores for special items. It looks as if there will be a pattern given away. Some stores will be featuring special material or kits. They have a Connecticut Quilt Shop Hop Facebook page. The salesclerk at my local store said a good time is had by all. 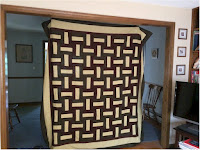 Now, yes, I'm interested in this because I made a quilt top this year. And if I was going to be around this month, I'd probably take part in this hop because I need more material for the backing, and two of the participating stores are convenient for me to get to. But why am I writing about it at a writer's blog?

Because in addition to being intrigued by the movement from Internet to brick and mortar store, I see this quilt shop hop as an example of using community for marketing. I've been interested in that for a few years now. I don't know how well this community marketing effort works for these sewing stores, though they've done it five times now, so I'm guessing they must think it's worth it. Presumably they are sharing the expense of promotion. Presumably every store has promotional materials available for this event, meaning they are promoting other stores, even by just mentioning their names.

How much would promoting the group benefit the individual?

Posted by Gail Gauthier at 11:36 AM
Email ThisBlogThis!Share to TwitterShare to FacebookShare to Pinterest
Labels: blog hops, Bookstores, community, Marketing