Come On, Enough With The Eye Rolling. 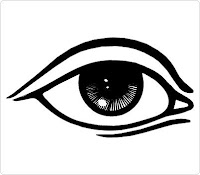 I'm reading a very good YA novel that is marred with constant eye rolling. From multiple characters. Maybe all of them. Sometimes different characters will roll their eyes on adjacent pages.

I've read YA book after YA book with characters rolling their eyes over this and that. It is so intrusive to the story. It stops the narrative flow while the reader goes, "What? Didn't somebody just do that? Is it this guy, again? Or was it that cheerleader? Or the other cheerleader?"

If a writer is going to use a gesture like eye rolling, it should be defining of a character in some way, the way using obscenity should define a character. But if all the characters roll their eyes or say ##@!, no one is defined. And if one character rolls her eyes and shouts ##@! regularly, it becomes less defining and more annoying.

Seriously, has anyone ever seen someone roll his or her eyes? I can't recall it. I don't think I can physically do it. I'm sure someone will argue it is a teenage thing. I don't remember seeing it from any teenager I've known. Okay, some shifting of eyes back and forth, but a real eye roll? What is that, even?

So let's give eye rolling a rest. Please.
Posted by Gail Gauthier at 12:25 PM
Email ThisBlogThis!Share to TwitterShare to FacebookShare to Pinterest

Students roll their eyes ALL the time! It's looking at the ceiling, then looking sideways. Not that we need to read about it more than once or twice in a book.

Perhaps I have lost my eye flexibility.