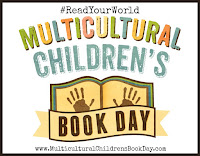 Today is Multicultural Children's Book Day, and to support the program I'm writing about The Field Guide to the North American Teenager by Ben Philippe. On Monday, Field Guide won the ALA's William C. Morris Award for best debut book. It is very rare for me to be right on top of events like this. I am feeling good.

I haven't read any of Field Guide's competition for the award, but it certainly seems like worthy winner. It does two things really well:


The Field Guide to the North American Teenager is about Norris Kaplan, a Haitian Canadian teenager, who moves from Montreal, Quebec to Austin, Texas. It is a new kid story. It is a fish out-of-water story, or, in this case, out of snow. Will he make a life for himself there? Or will he head back north, as his mother promises he can  if he makes a sincere effort in the Lone Star State and just can't make a go of it?

Philippe's handling of traditional/cliched YA elements:


The Field Guide to the North American Teenagers is a truly funny book. This is notable because many books (TV shows, movies, everything) are described as funny but just aren't. Timing is off or the humor is not organic to the situation or somehow we get the impression that this is supposed to be a joke but it's just not working. Perhaps humor writers need a way to try out material the way stand-up comics can try out material at small clubs where they can bomb in comfort and figure out what works and what doesn't.

Maybe Philippe does that with some of his other writing. Especially the stuff described as humor.

Not Heavy On Race


As I said above, in Field Guide Norris is identified more for being Canadian than he is for being Black. His original big, big issue with Austin is the heat. (This book killed what little desire I had to go there.)  According to Philippe, that was intentional. In Why Ben Philippe Wrote a YA Novel About Being a Black French Canadian Kid in Texas at CBC Book he says he believes there is an expectation, "especially in the American narrative," that YA books about Black characters will be about race. He wanted to write about a teenager "more concerned with being a hormonal kid than necessarily the sociopolitical ramifications of being black."

I'd also like to note that the book is called The Field Guide to the North American Teenager and not the "American teenager," suggesting it's pulling together Canada and the U.S. Which sort of makes #ReadYourWorld more world-like.


This is a terrific book. But a question did arise for me. Forgive me if I'm being nitpicky.

In marketing and articles about The Field Guide to the North American Teenager, main character Norris is frequently described as a Black French Canadian teenager. That was what attracted me to it when I first heard about it last fall, what with me being Franco American and all. Plus, we have an expectation that French Canadians are White, because they are descended from a relatively small group of French people who settled in Canada in the seventeenth and eighteenth centuries and who were White. Thus the idea of a Black French Canadian creates incongruity, and I am one of those people who finds incongruity funny.

Philippe is quoted as describing himself as a Black French Canadian at the Canadian site I quoted above. Clearly those people had no issue with it. And Philippe also has knowledge of his background, while I'm two generations removed from the whole French Canadian thing.

Still, I'm e-mailing my cousin Micheline in Ottawa this weekend to get her take on this. Because, of course, anyone who has a French Canadian cousin has a connection to the source of all French Canadian knowledge. If nothing else, I'll be telling Micheline about a book she might want to read.

Enjoy the book whether Norris is French Canadian or not. And follow Multicultural Children's Book Day on Twitter at #ReadYourWorld