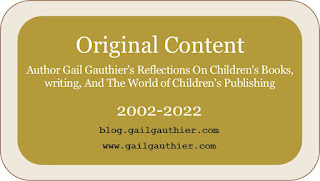 Today is Ethan Allen's 274 birthday. Someone from his own period once referred to him as "one of the wickedest men that ever walked this guilty globe." He's one of my favorite historical figures and plays a big part in my book The Hero of Ticonderoga. I own the rights to this now out-of-print book but have done nothing with them, so check your local library system, if you're interested in finding a copy.

As part of my year-long observance of Original Content's twentieth anniversary, I am marking Allen's birthday by going into the OC archive and republishing a post from 2008. It's on using profanity in children's literature, especially when profanity involves a historical figure like Allen who is known to have used it. A lot.

Sam Riddleburger has a new book coming out next spring. At his blog he wrote about the decision he and his co-author made to eliminate the swearing that appears in the ARC. I don't yet know what language was cut because I haven't yet read my copy. I'm putting it off so I can enjoy the suspense as long as possible.

Those words we lump into the category "swearing" (or what the Gauthier boys used to call "swears") are of of great interest to me. Professionally, of course. Like Sam, I had to deal with the issue of language in a book. In my case, we're talking blasphemy.

Back before I began writing what would become The Hero of Ticonderoga, I wrote my editor to ask how many times a person could use "God damn" in a children's book. I wasn't seriously looking for a specific number, but I was concerned because Ethan Allen was going to figure prominently in the book, and Ethan Allen's use of blasphemy was legendary, in his own lifetime and beyond. It was an expression of his conflict with the late Puritan culture into which he was born. His use of profanity is very well documented. To not include it when writing about him would be so dishonest as to almost mean I wasn't writing about Ethan Allen at all. (I do love that man, in all his unsavory glory.)

Yes, I could have told my readers something like "Ethan Allen took the Lord's name in vain." But I believe I've mentioned my issue with telling instead of showing when writing. So Tess LeClerc, the main character in Hero, uses "God damn" three times. Each time she is paraphrasing Ethan Allen, and each time she is corrected by someone for her language. That was my way of trying to deal with the use of blasphemy in a children's book.

Hero was an ALA Notable Book, and the paperback is still in print. However, I don't know how often it's used in classrooms, and I've always wondered if the language was a stumbling block for schools. I did receive one complaint about the blasphemy. So when Sam says that they made the decision to change their language on the advice of a teacher who felt their book would be more "classroom friendly" without it, I certainly understand what he's talking about.

Language came up with the never-ending book I'm working on now, too, as I explained a year ago. In this case, I decided to go with that old Vermont favorite, Jeezum Crow.

Oddly enough, I've been wondering lately if my characters need expletives, after all. Sam says that in their case, "Using the swear words helped us write the book." But they didn't actually need them once they were done. I may find that to be the case, too.