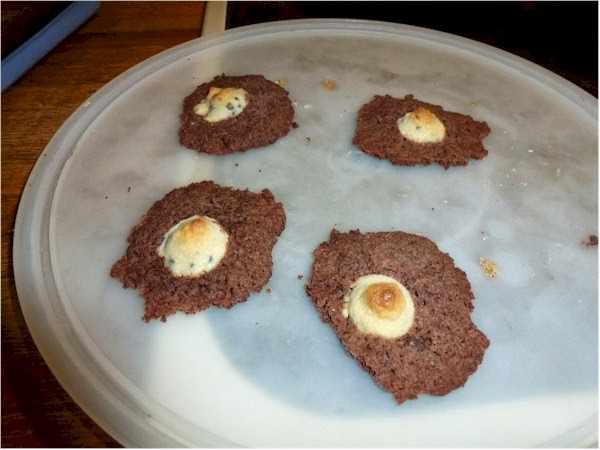 
Yesterday I made the cookies you see to your left. No, they were not supposed to come out like that. I got distracted when I realized I was out of dark chocolate and would have to use regular and ended up using three times as much as I needed. I couldn't scoop any out, so I doubled everything else, hoping to make things work in some magical way. As you can see, the first batch of cookies were shapeless blobs. Not magical. Not any good magic, anyways. 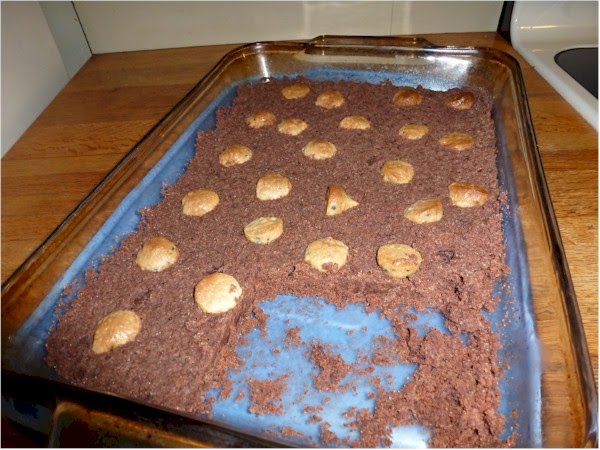 But I had a lot of cookie dough, and I didn't want to waste it. So I tried dumping it all in a cake pan thinking that if worse came to worse, I could break it out of there, freeze the crumbled result, and we could eat it with ice cream until Halloween. And after I took it out of the oven, I thought that was what I'd have to do. 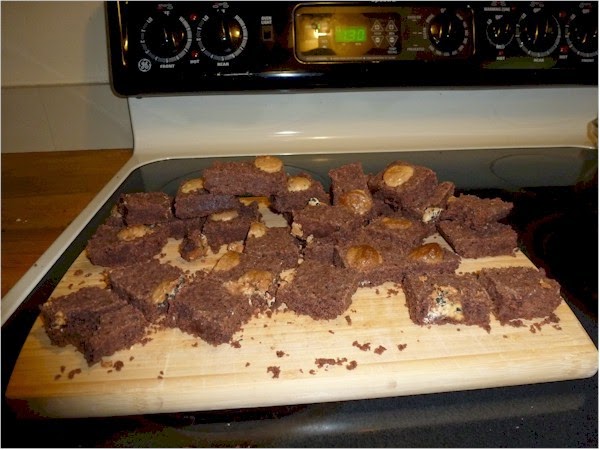 But when I got up this morning, I discovered that someone else (well, it was my husband) had been able to cut tidy bars out of the pan for breakfast. Sure enough, I was able to take a disappointing mess and turn it into bar cookies.

So What's The Metaphor?

Well, writing projects often don't turn out the way we originally envisioned them. And that can happen after putting a lot of time and effort into them. Did a novel requiring a lot of research not work out or find a publishing home? That material might be turned into a piece of nonfiction. Published essays frequently turn into books of nonfiction a few years down the line. Writers may realize that a novel should have been a short story. I have a middle grade manuscript I couldn't place, and I've made one pass at turning it into a book for adults. I'm working on an essay right now that was originally a workshop proposal.

It's as hard to see words and time go to waste as it is to see butter, flour, and cocoa. Writers who are trying to support themselves with their work can't afford to just forget about projects that aren't panning out. They have to salvage them somehow, if they can.

So while you're writing, keep thinking about options. You might need them.
Posted by Gail Gauthier at 9:21 PM
Email ThisBlogThis!Share to TwitterShare to FacebookShare to Pinterest
Labels: The Weekend Writer