Many people who have not written a book may wonder what it would be like to just knock one off. I think if you took a  journey up a mountain on snowshoes, you'd get a pretty good idea of what it feels like to write a book.

Okay, say you're going to head up a trail, and just to make this piece of writing specific, let's say it's the trail to the Slayton Pasture Cabin in Stowe, Vermont. You've been up to the cabin a few times before, and you know it's one of the tougher outdoor activities you take part in. You feel some anxiety about this whole thing. But then you figure, What the Hell? I've done this before.

So you start out and things are pretty easy at first, and you're thinking, What was I worried about? Yes. I have done this before. I've done it successfully. People have liked what I've done in the past. Of course, I can do this. 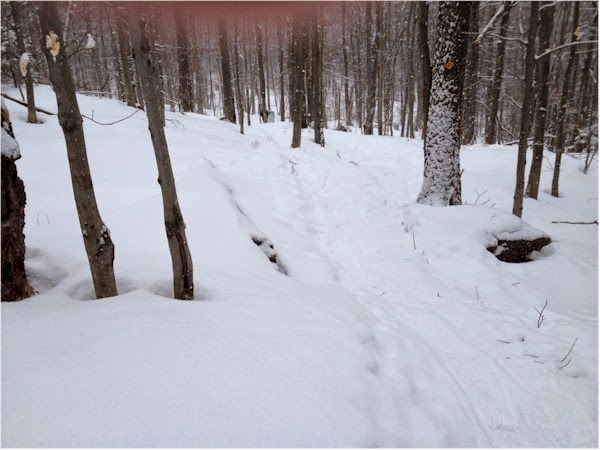 Then you hit that Hellacious, straight up climb, the part of the job you'd really feared. It is horrendous. You think it will never end. You'll never get through it. You think, I cannot do this again. This has got to be the last time. Is that my heart I feel thumping away in my chest? Have I ever felt that before? Is it going to explode? Is there any cellphone service here?

Then you take that turn and things get better. Since you've done this before, you know some landmarks. You know that nothing will be as bad as that part of the job you just did. You know that the snowshoe trail crosses a ski trail at the X minute point, so you can think of this job as a series of short tasks instead of Oh my God I'm, going to be on this trail for two hours. And that's just one way!

You actually experience one of those break through the wall things that you've heard about with marathoners. You might actually be okay. 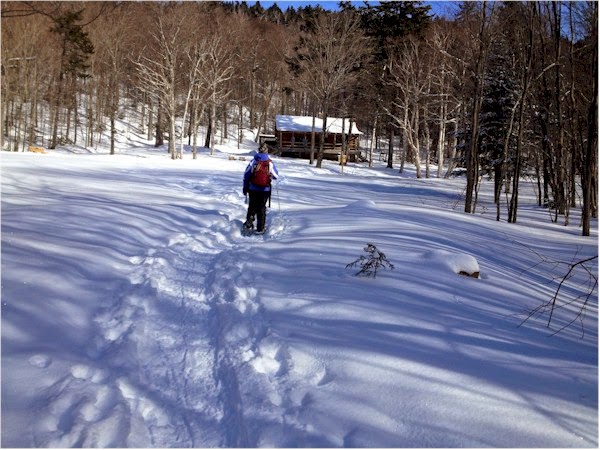 And, then...And then, you see the cabin. A chorus of angels begins to sing Hallelujah by Leonard Cohen. They all sound just like K.D. Lang. You're going to make it! 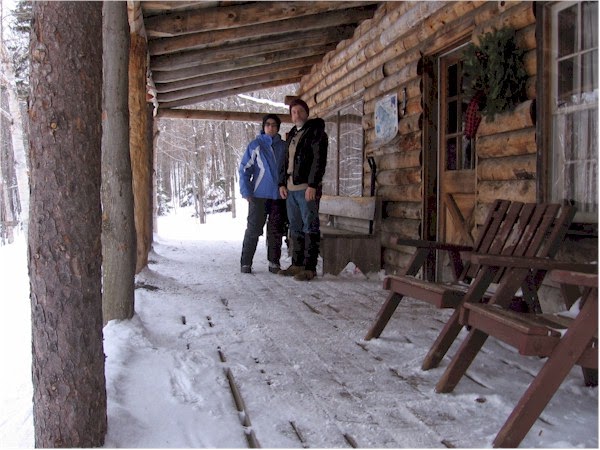 Except...you still have to get through the pasture. Sure, this part is easy. But you're exhausted. You still have a ways to go. There's a fire in the cabin. There's food. Can you do it?  "Maybe there is a God," as Lenny Cohen says, because you can!!! You stagger up onto the cabin porch.

And that is what it's like to write a book. 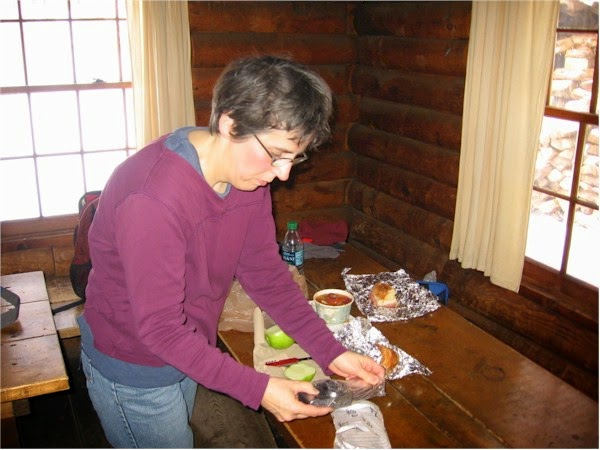 But what about when you're in the cabin? Well, once you're in the cabin, you find that all the other writers, I mean, showshoers aren't wearing old thermal undershirts that are kind of too big for the shirt they're wearing over them. Nor do they wear hats their sons refused to wear. And they're talking about all the great places they've snowshoed and how long it took them to get to the cabin and how awesome it was, and it's always less time than it took you, and it's always far, far more awesome.

And that is what it's like to have published a book. 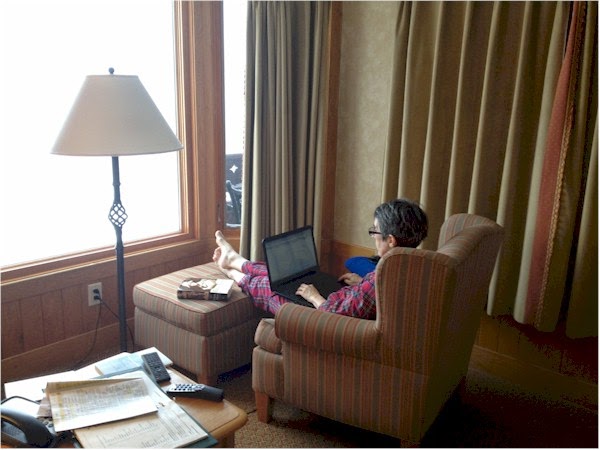 You come down off the mountain and feel pretty damn fine because it's always way better to have snowshoed than it is to snowshoe.

Just as it is always better to have written a book than it is to write it.

Posted by Gail Gauthier at 4:23 PM
Email ThisBlogThis!Share to TwitterShare to FacebookShare to Pinterest
Labels: Gail goes on and on

Thank you Gail for this description. I have never written a book or "snowshoed" (?), although I have thought about doing each. But now I have experienced both vicariously (I believe that is the right term)!

I checked out the spelling of the snowshoe verb tenses several times because they just don't look right. But according to my sources, you're corrected with "snowshoed."

And now you don't have to either go snowshoeing or write a book.