By the time Michael Racine reaches the Vermont border with Walt and Nora, he has figured out that spending time with these two isn't going to be more of the same for him. After his first meal in their solar home, which he thought was chicken parm until he realized they were vegetarians so God only knew what he'd just eaten, Nora takes him upstairs to what will be his room for the next month or so. She was unprepared for a guest, and Michael was unprepared for what he found.


There were two small, horizontal windows crammed between two narrow closets and above a set of built-in drawers on the exterior wall across from him ("Built-in furniture provides extra insulation," Nora explained). Michael barely noticed them because he was so busy taking in the bed, the floor of a closet—its door couldn't be shut—a little table with an arrangement of cobweb-draped dried flowers, and an armchair with a matching footstool, which were all covered with … stuff.
"I'm afraid we've collected a few things over the years," Nora said apologetically.
"Wow. You collect bags of Styrofoam beans," Michael said, pointing to four bags filled with them.
"They aren't biodegradable, so we didn't want to throw them out when the town still had a landfill. We use them as packing when we want to mail something," Nora explained.
Michael lifted a roll of used bubble packaging off from the bed. "I guess you don't mail stuff very often, huh?"
Nora took the roll from Michael. "I keep meaning to take them into the office. They'll get used there. Maybe we could bring them with us tomorrow."
The rest of the room's contents would not be as easy to dispose of. There were a couple of bundles of brown paper bags, and plastic sacks filled with more plastic sacks. There was a pile of very ratty bath towels, a half dozen decorative tins of various sizes, partially burned candles, empty cardboard boxes, a variety of canvas satchels stamped with the names of various organizations, two partial sets of dishes, stacks and stacks and stacks of magazines, three …
"You see," Nora began awkwardly, "we're trying to control waste by diverting materials from landfills—which are reaching capacity in a lot of places, you know—and the regional incinerators that are replacing them. We did an article in The Earth's Wife on that in, I think, June of '98."
So they're diverting materials from the landfill to their spare bedroom? Michael wondered.

Okay. So this is kind of autobiographical. I don't so much try to divert waste from the transfer station, which is what our community has now, as keep it from going there for as long as possible. I hold on to things like Nora does so I can use them again or find a way to pass them on to some unsuspecting soul. It's kind of like the Schroedinger's Cat thing. So long as these things are somewhere in my house, they have the potential to be either useful or solid waste. It could go either way. 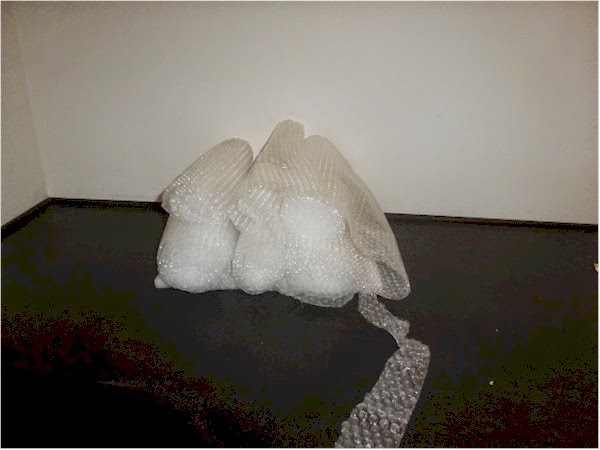 Here, for instance, is my most recent bubble wrap collection. I have used hoarded bubble wrap for mailing packages, though I'll also admit that I dumped some during a time management clean out binge. The wrap you see in this picture all showed up in one order that was shipped in four different boxes this past month. It's as if these people sit down and think of ways to generate waste. 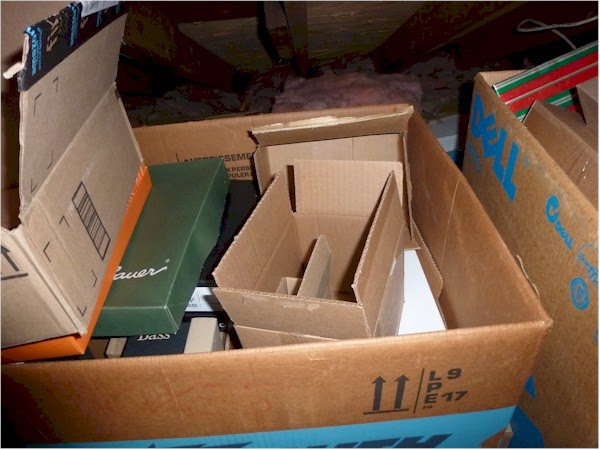 And here are two different views of our box collection. Yesterday a house guest told me she was leaving me a gift box for my collection. I particularly like gift boxes, and she knows it, so it was a touching moment. 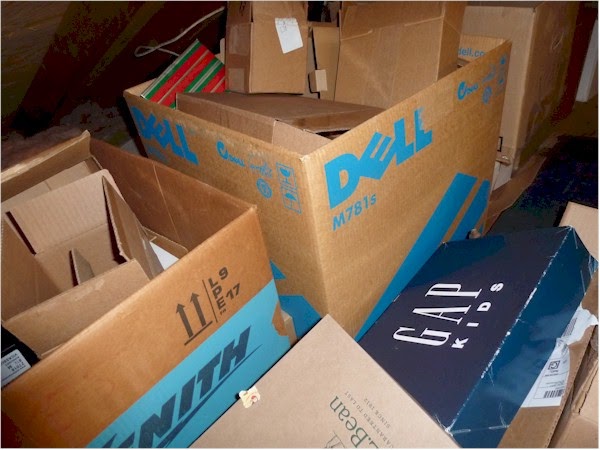 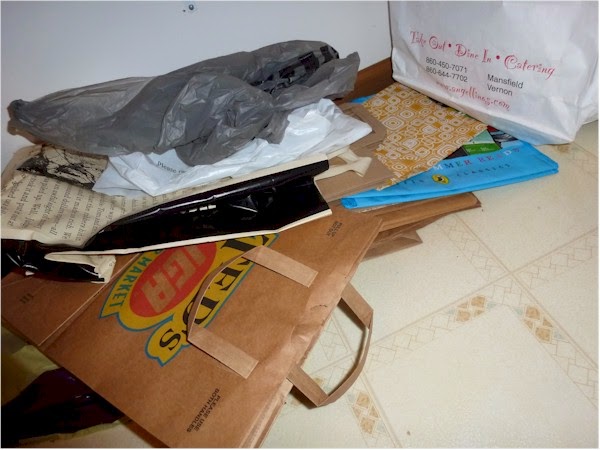 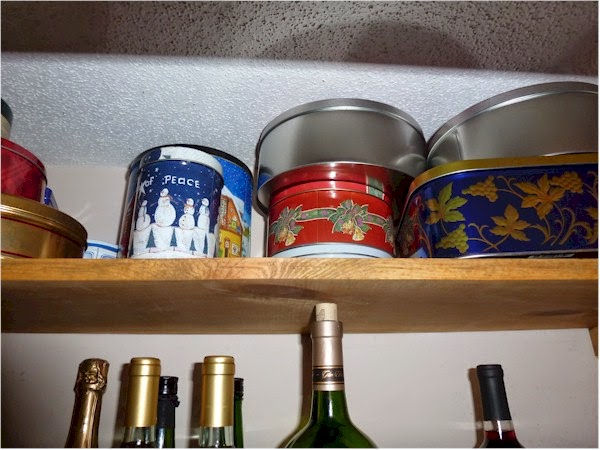 ...and a decorative tin collection... 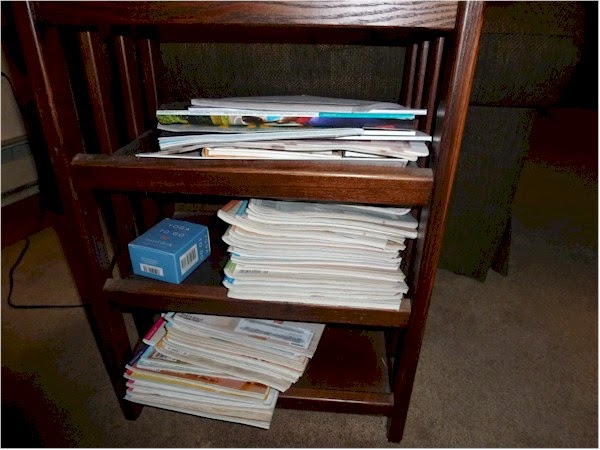 ...and here are my back issues of Yoga Journal.


All these things can be used again, so there's no reason for them to be trashed. Except for the Yoga Journals. That's a really fine magazine, which is why I hold on to them, but I am planning to weed through those things because you can't really use them for something the way you can those tins, bags, boxes, and bubble wrap rolls. To be truthful, though, I'm three months behind reading the new issues, so it will be a while before I see any progress on the back ones.

Unlike Walt and Nora, I do not have all this stuff spread over a spare bedroom. But I like humor that comes about when two conflicting thought processes/world views come together, and a little hyperbole is very helpful in creating that.

Additionally, though, with scenes like this one I wanted to illustrate the effort and attention to detail that goes into an attempt to live anything approaching an environmentally sound lifestyle.

If any readers are Noras and have collection of useful items they are keeping from transfer stations, feel free to share in the Comments.
Posted by Gail Gauthier at 12:46 PM
Email ThisBlogThis!Share to TwitterShare to FacebookShare to Pinterest
Labels: humor, hyperbole, solid waste, the annotated STP&S