I spent yesterday at the New England Society of Children's Book Writers and Illustrators spring conference. A very good day for me. In the past when I've attended professional events, I've reported on the people I knew who I ran into. Well, I seem to know quite a few people now. Reading a list of them wouldn't be that fascinating. So I will go on to other things.


Crafting Short Stories with Trisha Leaver. I may spend a month later this year revising a number of my short stories because of this program.

Show Me the Money with Chris Eboch. This workshop dealt with what I've heard called "income streams" for writers. There are a number of options, but they require so much work! I came up with some pitches for someone else I know while I was in the class. And this workshop was a good lead-in to the afternoon workshop I attended, which was on school visits. School visits, you see, are an income stream for writers.

Bringing Books Alive During School and Library Visits with Marcia Wells and Kwame Alexander. Interesting story here. When I signed up for this workshop, I'd never heard of either of these people. And then Kwame Alexander won the Newbery Medal! Marcia and I have already become Twittermates. I'll be doing a separate post early next month on school visit workshops. 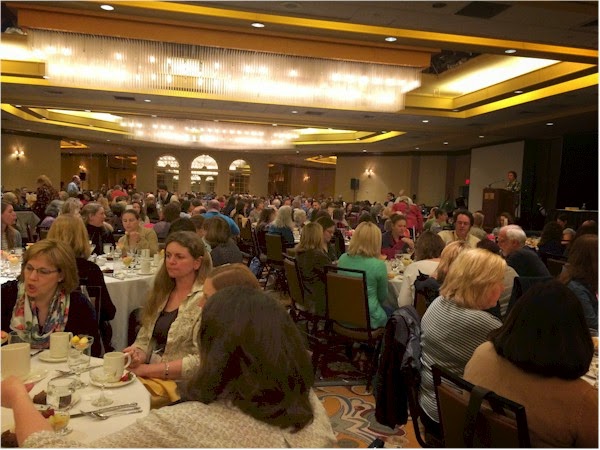 The New England SCBWI regional conference is huge in terms of attendance. Computer Guy went with me a few years ago when we were preparing to republish Saving the Planet & Stuff so he could take a workshop on making e-books from scratch. He was stunned by the crowd then and amazed by the lunchtime picture to your left. 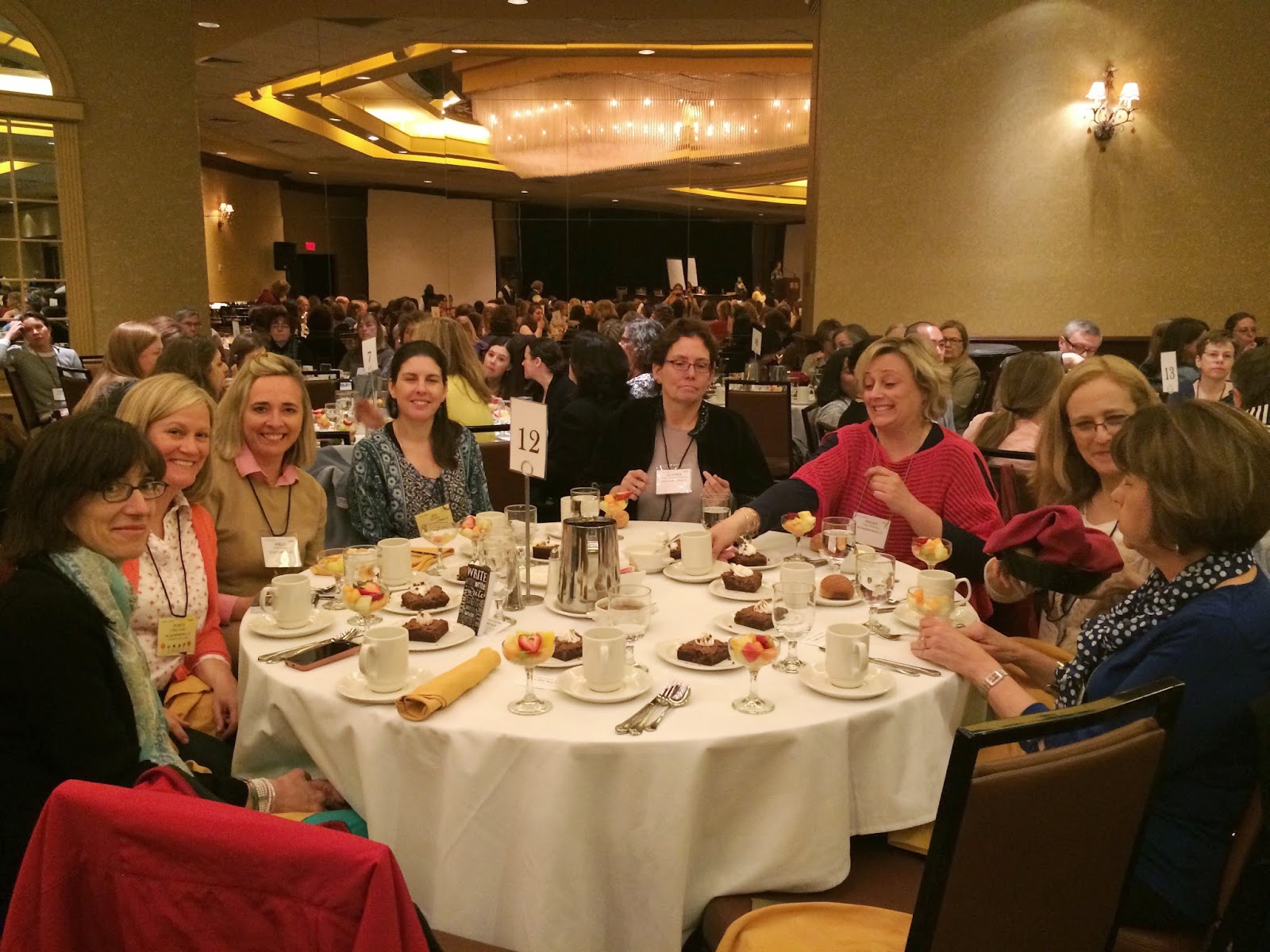 That is why it was terrific that Jill Daily, a member of my writers' group, somehow snagged a table for the nine of us. It was great not to have to negotiate a ballroom full of people on my own. I am afraid I was not a great lunch companion, however, because I was seated in such a way that I had to turn my back to everyone to see the lunch speakers. And I also was busy taking notes and pictures. 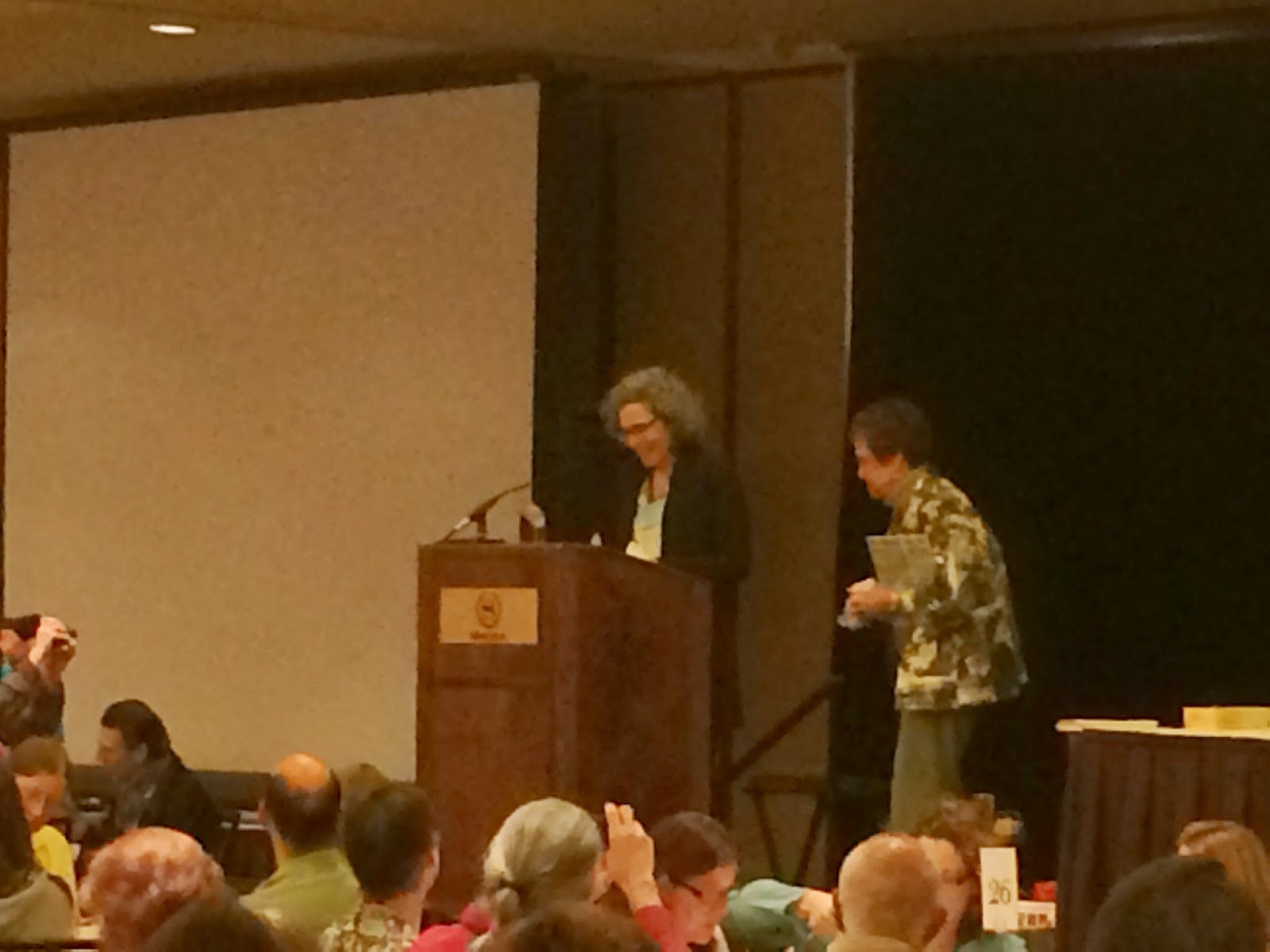 During lunch Deborah Freedman received the Crystal Kite Award for the New England region. This was for her book, The Story of Fish and Snail. 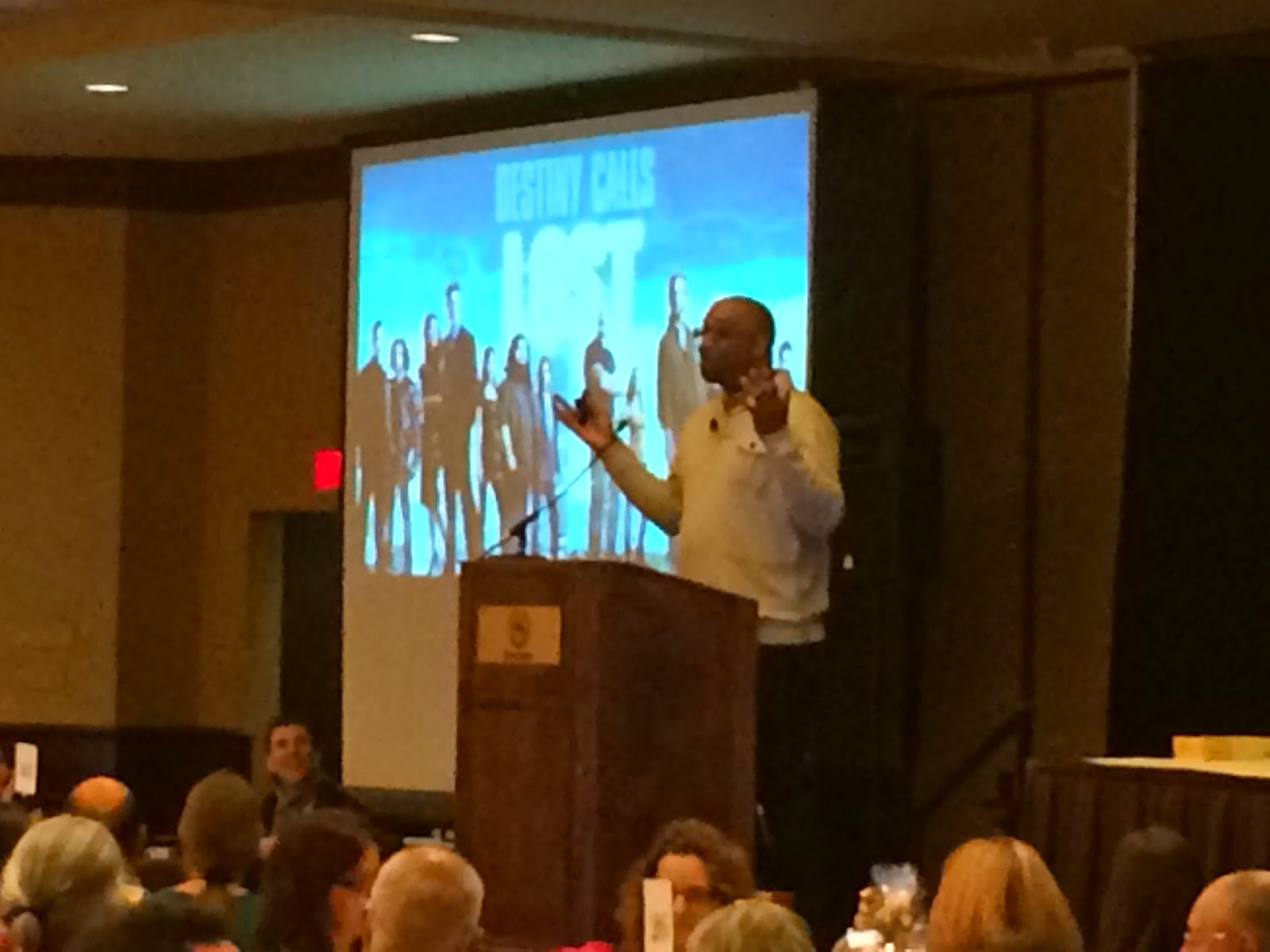 Kwayme Alexander spoke during lunch, too. Extremely charming and charismatic. I actually read a book of poetry this year, and I think I'm going to ask for one of Kwayme's (I went to his workshop, so I can call him Kwayme, right?) adult books for my birthday. 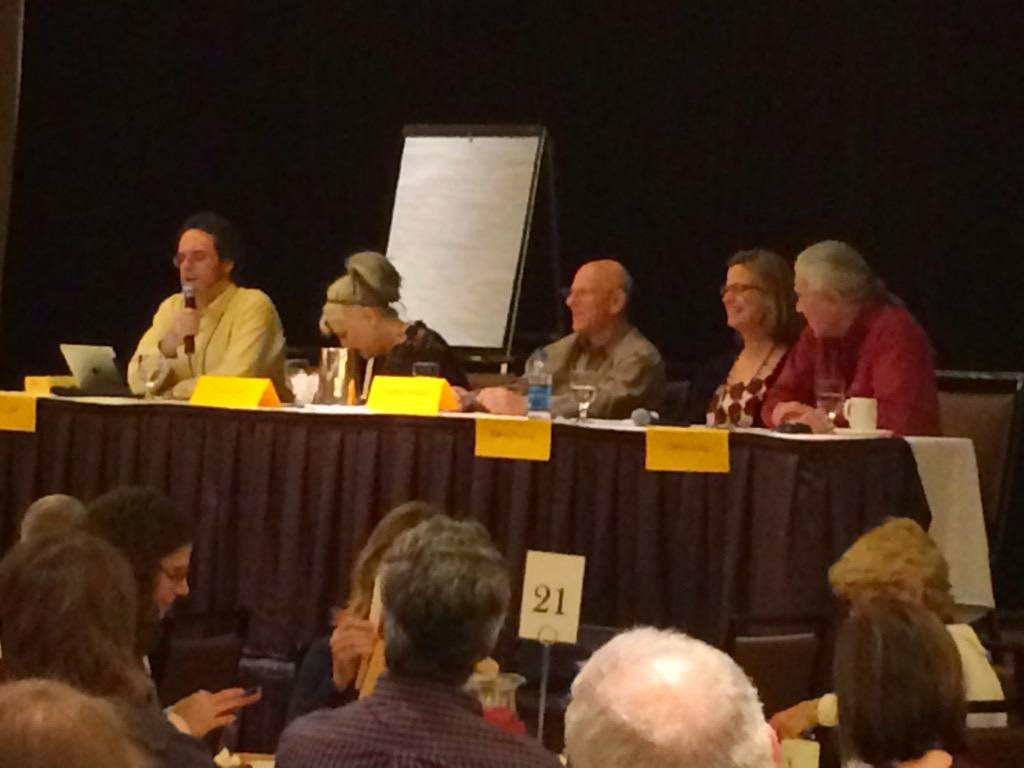 But I was totally taken with this discussion. I think what made it good was the variety of viewpoints of the panelists. There was a self-published writer who is very encouraging on the process, someone who runs an editing company that also helps authors self-publish who recognized that some people are going to need help, someone who had been involved in some kind of self-publishing company that wasn't successful, and a traditionally published author new to self-publishing. I appreciated that they didn't all speak with one voice.

The panelists: Chris Cheng, Laura Pauling, Erica Orloff, and Steve Mooser. J. L. Bell, from the NESCBWI was the moderator. There is a reason for that. He's very good at it. 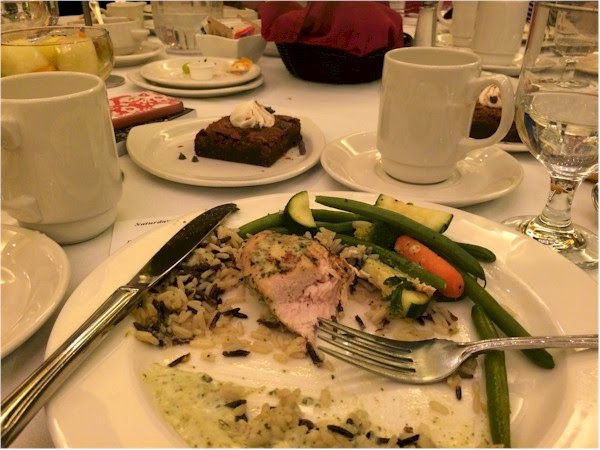 I'll be doing another couple of Conference-related posts later this week.

I am finishing today with a picture of lunch because Kwayme Alexander used a food slide in his lunch talk. It was terrific. People love looking at pictures of food. It is a universal truth.

This is a great summary of the day, Gail! Saturday was the highlight day to be there. It was fun sitting at the "cool kids" table with you!

Yeah, Nancy. Glad you thought so. It was cool just to have a table.