When A Book Offends Your Value System Part I 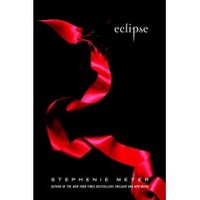 Last summer some posters at one of my listservs started talking about "anti-woman" aspects of Stephanie Meyer's vampire series. There were also complaints about how boring the main character is. How could this incredibly unexceptional girl attract one guy, forget about two? (Actually, there's a third, but he doesn't matter because he's just a regular teenage boy.) At the time, I thought they needed to lighten up. Yes, Bella's obsessive, over-the-top behavior regarding her vampire love would be ridiculous and self-destructive in an adult woman. But Bella's a teenager. Aren't teenagers supposed to be obsessive and over-the-top? And, yeah, it was true that Bella had absolutely no interests or talents of any kind, but doesn't that give readers who feel that they, themselves, are dull and talentless someone to identify with? Hey, maybe we could attract two cool guys someday, too! (I seem to recall enjoying the torn between two-lovers-scenario when I was a teenager. Now I find the prospect exhausting.)

Then I read Eclipse, the third book in the series. Good heavens.

New Moon became more of a star-crossed lovers story than a thriller. And Eclipse is almost all romance all the time. There's a threat to Bella from the evil vampires who first appeared in New Moon, but that story doesn't pick up until the middle portion of a very long book. What you get instead, is back story on the werewolves and some of the vampires and lots and lots of discussion of our relationship. No matter how close Bella and Edward are to being overrun by murderous, blood-sucking vamps, they always have time to stop everything and talk about their love for one another.

And a lot of their discussion is very disturbing.
Posted by Gail Gauthier at 10:48 AM
Email ThisBlogThis!Share to TwitterShare to FacebookShare to Pinterest
Labels: Reader response

Clarification...isn't the correct character Elizabeth Bennett? I assume you're referring to Pride and Prejudice?

My friends like to play it and buy shaiya gold. If you have money to buy shaiya money, you will find it is very useful. Earning cheap shaiya gold is not so hard. Try your best and then you can get it. I buy shaiya gold, just because I like it. So simple the shaiya online gold is.