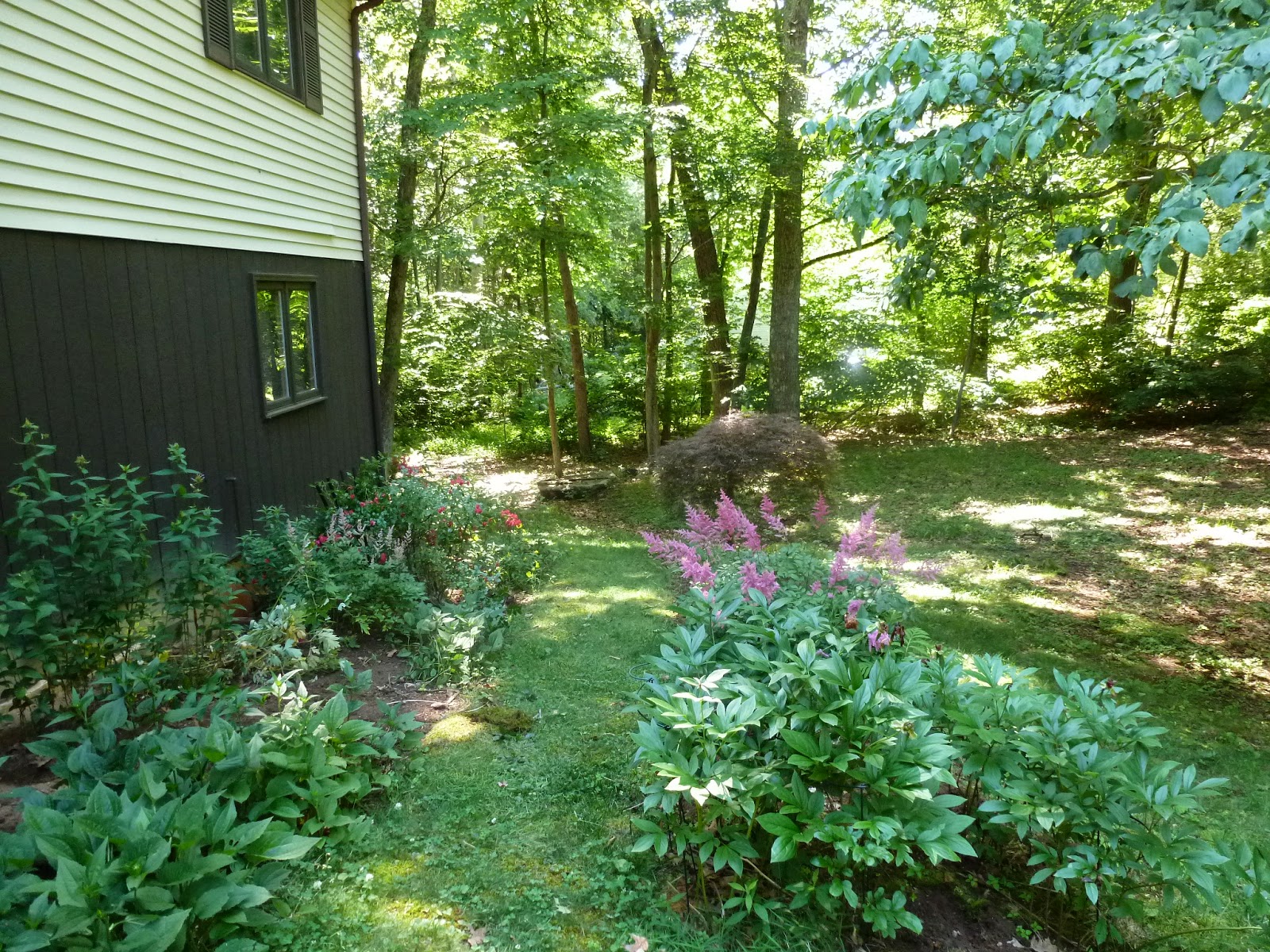 A few years ago, a friend told me how much she loved working outdoors. I said, "Yeah, I like it, but only for a half hour or so. It's not so much that I don't have the physical endurance. I get bored."

"But there's so much to do," she replied. "When I get tired of doing one thing, there's always something else I can work on."

She was right. I've gotten a lot more yardwork done since I've followed her work plan. Just this past Sunday, I put in ninety minutes outside, starting with weeding and thinning one of the perennial beds to the right, moving to the back of the house to supervise pruning some shrubs, and heading out front to do some more perennial work.

Very nice, Gail. But this is a blog about writing and children's literature, not gardening. Make a connection. Soon.

This Yardwork Model, as I'm calling it, is one of those situational time management things. It's only going to work in certain situations:
I think that if the Yardwork Model works for someone, it's because it's another variation of the unit system. Every time you change tasks, it's like starting a new forty-five minute unit of work. Your mind reboots, thinking it's starting over at the beginning of the day when your impulse control is at its strongest. And thus you're able to make progress on each new task.

Concerned about not finishing anything? Tomorrow you do this all over again, and the next day, too. You make progress on every task you take on.

And what if you get to the point on one of them that you want to stick with it? That's a new situation. So adapt and keep working.
Posted by Gail Gauthier at 9:31 PM
Email ThisBlogThis!Share to TwitterShare to FacebookShare to Pinterest
Labels: situational time management, the unit system, The Yardwork Model, time management for writers, Time Management Tuesday

Hee!
This actually has some very good points - we weld ourselves sometimes to ONE project and doing ONE thing ("Revise or Die!") and wonder why we're writhing on the floor, drumming our heels in boredom. Right now I'm trying to roll with this idea -- a couple of hours in the morning revising, and then cherry-picking other projects and coming back.

It really does work better.

If only I could figure out how to do it with the yard...