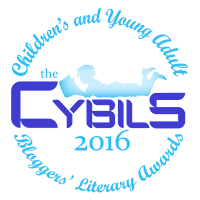 I'm down to writing about my last two Cybils YA speculative fiction finalists.

Today, lads and lasses, we will discuss Still Life With Tornado by A.S. King.
This was a particularly intriguing work because it wasn't overtly speculative. It was more of a family drama that had some magical realism here and there.

Sixteen-year-old Sarah is struggling. She's not going to school. She's wandering around the city. What's going on? How much does this have to do with an art project that was destroyed? How much with her brother who is estranged from the family? How much with a family vacation in her past?

What about those sightings she keeps having of herself from her past and future? What's that about?

What Little I Know About Magical Realism


The First Thing I Know About Magical Realism, Though I Don't Know If It's True. While reading this very well-written book, I kept thinking of a conversation I had with a bookseller years ago while I was making an appearance in her store. The poor woman didn't make a sale the entire time I was there. I don't mean that she didn't sell one of my books while I was there. She didn't sell any books while I was there. (There's no bookstore in that town anymore, so I guess she didn't do better on other days.) The two of us spent the afternoon sitting in rocking chairs in the middle of all the books that weren't selling, shooting the breeze. Good times, good times.

The one thing I remember us talking about was magical realism. She said that if some sort of bizarre event in a book is due to a character suffering trauma, than it's not magical realism. A delusion that occurs because someone is under mental duress has an explanation. Magical realism cannot be explained. That's why it's magical.

The bookseller who told me this had once been a therapist, which in my mind gave her opinions a lot of validity. No, I don't know why.

For a long time while reading Still Life With Tornado, I kept wondering if what Sara was seeing--her former self, at first--was explainable because of trauma, duress. Maybe I was reading a family drama, not speculative fiction. But eventually others see the various Saras, which meant that this wasn't going on in Sara's mind, something magical was going on.

The Second Thing I Know About Magical Realism, Though I Don't Know How True It Is. In magical realism, the magical events are simply accepted by the characters. Like the roses growing out of the main character's wrist in When the Moon Was Ours.

Eventually that's what happens in Still Life With Tornado.

Still Life With Tornado, in my humble opinion, should have a lot of attraction for adult readers as well as YA. In part that's due to the family drama. There are also a number of chapters from the mother's point of view. Adult point of view in a YA novel isn't something I see a lot of, so it does add something different to this particular piece of work.

I enjoyed this one, and I'm not always a fan of magical realism. Of course, I almost always enjoy A.S. King!

She has a middle grade book out I read recently.

A. S. King has the magic realism touch. I'm not generally a fan, but in her hands, it works. When I finally get to come up for air, I will look for this book.