Time Management Tuesday: How Does A Retreat Impact Time? 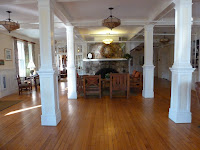 An Impact On My Time Now


What I didn't expect was that the retreat would have an impact on my time after it was over.


A Retreat  Should Have An Impact On Your Post-Retreat Time


If any kind of short, intensive learning experience (as we used to call retreat-type events back when I worked for consultants) is worthwhile, it  should have an impact on what you do after you're back at work. That's the point of going, to improve yourself in some way. I forgot about that because I was so fixated on what was going to happen during the retreat, itself. Once again, live and learn.